The Giants’ progress is viewed through varying prisms 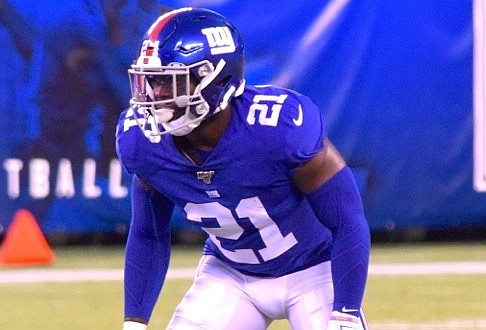 The Giants are 1-7. Spin, subjectivity, nuance—nothing changes the inarguable reality that they’re not a good football team. Losing has been the one between-the-lines constant for the franchise since the 2013 season, with an anomaly being the 2016 term, when the Giants went 11-6 and lost to the Green Bay Packers in a NFC wild card game.

From 2013 to their 25-23 defeat on Monday night to the Tampa Bay Buccaneers at MetLife Stadium, the Giants’ regular season record is 42-70. To contend the Giants have made progress from Week 1 heading into Week 9 this Sunday, when they will face the Washington Football Team on the road, may seem to be a paradox.

Yet it is contingent on the prism through which improvement is gauged. The Giants went toe-to-toe with future Hall of Famer Tom Brady and the formidable Buccaneers, who are 6-2 and in first place in the NFC South, before falling short when a two-point conversion to tie the game with 28 seconds remaining was unsuccessful.

“We’re playing good football, man,” said Giants safety Jabrill Peppers following the loss. “We’ve played a lot of good teams, we’ve been in games where we should’ve won but we just didn’t execute. But we’re trending in the right direction and I truly believe that.

“We come to work with the right attitude week in and week out,” asserted the East Orange, New Jersey native, who came to the Giants from the Cleveland Browns in March of 2019 in the commonly called Odell Beckham Jr. trade.

“We work hard, and pretty soon the results will follow. Not going to get discouraged. It’s the midway point, the season isn’t over, nobody knows what’s going to happen, but I will tell you this, we will continue to play hard, stay together and overcome any adversity.”

Indeed the Giants didn’t fold down the stretch. Prior to the disappointing ending, their offense engineered a 13-play, 70-yard drive in three minutes and 13 seconds to put the team in position to send the game into overtime after the Buccaneers increased their lead to eight points on a field goal at 3:41 of the fourth quarter.

Offensive coordinator Jason Garrett called perhaps his best game of the season. Garrett, in his first year on the Giants’ staff after being the head coach of the Dallas Cowboys from 2011 to 2019, mixed creative passing formations with an effective physical rushing attack that seemed to surprise one of the NFL’s best defenses led by its coordinator, Todd Bowles, a former Jets head coach (2015-2018).

Left tackle Andrew Thomas, the Giants’ 2020 first round pick (No. 4 overall), who has struggled mightily this season, had a solid showing, as did fellow rookie offensive lineman Shane Lemieux, who filled in for left guard Will Hernandez, sidelined after testing positive for COVID-19 late last week.

Furthermore, the Giants’ defense frustrated Brady for a good portion of the evening, stifling the Buccaneers in the first half and allowing just two field goals in taking a 14-6 halftime lead. Conversely, Giants quarterback Daniel Jones did more to hurt his team than help. Like the Giants collectively, whether the second-year QB is advancing is in the eyes of the beholder.

The 23-year-old from Duke, the Giants’ 2019 first round pick (No. 6), has been detrimentally turnover prone to start his career, racking up 21 interceptions and 16 fumbles in 21 games. Jones threw two interceptions versus the Buccaneers and now has nine this season, tied for the most in the league.

“The young quarterback, he’s still trying to do too much,” said Buccaneers head coach Bruce Arians. “…That cost them basically the ball game throwing those two picks.”