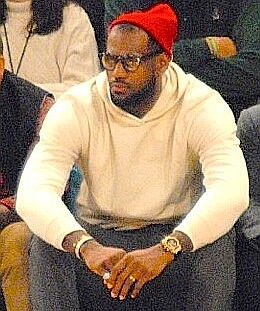 America remains at a racial and cultural crossroads. It is a deeply and dangerously divided country that continues to forego seeking its better angles and instead tightly clutches the palpable remnants of chattel slavery and Jim Crow, harbors long-standing white patriarchal rule, advances xenophobia, rejects gender identity recognition, and demonizes those who are unsubmissive to ideologically extreme Judeo-Christian values that are antithetical to the historical teachings of Jesus Christ.

As votes from the presidential election continue to be counted and a winner has yet to be officially named between the Republican candidate, President Donald Trump, and the Democratic candidate, Joe Biden, a toxic cloud of disillusionment and uncertainty hang over the entire nation.

The prospect of Trump being rewarded with another four years in office after revealing himself to be morally depraved, grossly incompetent and virulently racist, leaves millions of people around the world wondering what’s next for a society whose thin fabric is being torn apart thread by delicate thread by people who hate those that are ethnically and religiously contrasting profoundly more than they love themselves.

One of the answers is those fighting for racial, social and economic justice must remain undeterred and become more emboldened. One group that has risen up during these intractable times is professional athletes. Former NFL quarterback Colin Kaepernick spurred the widespread modern day movement of activism among athletes when he began his sideline protest in August of 2016 to bring attention to police brutality against Black men.

It birthed a global movement as more intrepid and exasperated athletes—men and women, Black, white, Latino and Asian—coalesced in an effort to neutralize the hateful climate stoked by the subversive demagoguery and injurious legislative policies of Trump and his heinous enablers. No one has been more committed and effective in exercising his immense agency than LeBron James. His platform, economic power and vast influence has unnerved Trump and made James a common target of the serial troll’s overt racism.

On Monday, at a campaign rally in Pennsylvania, Trump randomly offered up sarcastic sympathy for James saying he felt badly for him given the low television ratings for last month’s NBA Finals between James’ Los Angeles Lakers and the Miami Heat, won by the Lakers 4-2, earning James his fourth title.

James has often responded with witty and searing quips, but in a phone interview with the New York Times two weeks ago, James assured that his focus on political and social activism won’t be diverted by Trump.

Through his organization More Than A Vote, James and an extensive collective of high-profile athletes and entertainers spearheaded voter registration, led initiatives to educate the electorate on their rights as voters, and compelled sports CEOs to use arenas as polling sites among other endeavors.

James, who first captured the country’s attention as a 17-year-old high school basketball phenom, has evolved into a respected and admired activist who has made an immeasurable impact on numerous youth and adults. In 2018, he opened the I Promise School for at-risk elementary aged students in his hometown of Akron, Ohio.

“I’ve grown to know who I am and what I stand for,” reflected James in speaking to the New York Times. “And it’s not just about me, it’s about my people. That’s why I’m leading the charge.”