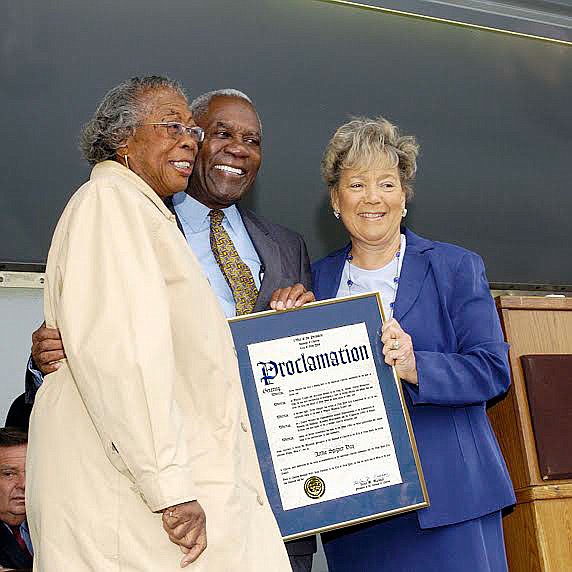 It was commonly said among political pundits that Archie Spigner was to Queens what former Representative Charles Rangel was to Harlem. Like Rangel, Spigner had a long tenure in office as a councilmember—27 years—and possessed a similar clout in his district. Spigner, 92, died last Thursday, Oct. 29, according to an announcement on the Guy R. Brewer United Democratic Facebook page.

Mayor Bill de Blasio, on Twitter, said that Spigner “was an absolute legend” who “will be greatly missed.”

Spigner was elected to the City Council in 1974, the first African American to achieve the position, capping his long service in 2001. He represented District 27, a large swath of Queens, including Hollis, Jamaica, Springfield Gardens, and other neighborhoods in Southeast Queens.

Among those recalling Spigner’s remarkable career was Rep. Gregory Meeks. “I can’t think of too many projects that you don’t somewhat attribute to Archie,” he said. “York College, making sure transportation issues for Southeastern Queens were getting better, health care. He was the deputy speaker of the Council but he was so much more than that.”

The congressman recounted the influence Spigner had on him and other elected officials, “Make sure you always help people, be honest with people and stay on the ground.”

Spigner certainly stayed grounded during his long service to Queens, advocating for major economic development and infrastructure projects in the region, most notably the Archer Avenue subway extension and the Kennedy Airport AirTrain. Many residents recalled how instrumental he was in the realm of education, particularly at York College and the High School for Law Enforcement and Public Safety.

Born Aug. 27, 1928, in Orangeburg, S.C., Spigner and his family moved to Queens during the Great Depression. He graduated from Central Needle Trades High School in 1947 and began working at a shoe factory, along with his enrollment in the Jefferson School of Social Science. At Jefferson he was instilled with the various skills and tactics of organized labor.

In the 1950s he was employed as a city bus driver and subsequently joined the Negro American Labor Council. He was a key organizer of its Queens branch. His next significant association was with State Assemblyman Kenneth Browne and later with Guy Brewer, the renowned politician and the namesake of the club Spigner led for years. The club was a must-stop for any aspiring political candidate.

“No one did anything in politics without meeting with Archie Spigner,” Meeks added. “If you wanted to run for governor, for mayor, for president of the United States, you talked to Archie.”

And a conversation with Spigner was to talk with the “Dean” of New York politics and a peerless powerbroker.