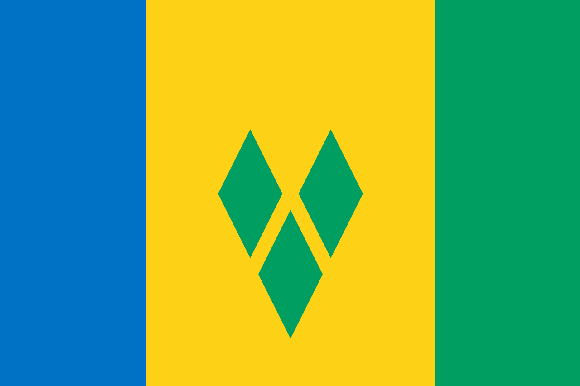 Saint Vincent and the Grenadines PIxabay

The big question is whether Vincentians will give Prime Minister Ralph Gonsalves a fifth consecutive term in office from general elections scheduled for Thursday, Nov. 5 or whether they will vote to close off an era marked by a mix of some major development projects, scandals and allegations of widespread electoral rigging.

The people of the Eastern Caribbean island of St. Vincent and the Grenadines go to the polls on Nov. 5 in the latest of a record breaking string of general elections in the 15-nation Caribbean Community this year.

They will do so a mere six days before counterparts in the Central American but Caricom member nation of Belize also go to the polls following similar contests this year in Guyana, Suriname, St. Kitts, Trinidad, Jamaica, Dutch St. Maarten, Anguilla and the Dominican Republic. In the main Caricom bloc, Guyana and Suriname were the only nations which saw a change of government with the People’s Progressive Party (PPP) returning to power after a single term in opposition and the Hindustani VHP taking control in Suriname.

Gonsalves’ Unity Labor Party (ULP) is seeking a fifth consecutive term in office having governed St. Vincent and its string of sister islets in the Grenadines for almost 20 years and with a single seat majority for the past two elections.

Allegations of widespread rigging have dogged the electorate in the island of just over 100, 000 people with the main opposition New Democratic Party (NDP) complaining that elections petitions challenging the results of past elections are yet to be heard even as the latest polls loom, allowing Gonsalves and his cabinet free reign to govern the group of islands unchallenged.

Still, the NDP is hoping that a Gonsalves and ULP weary island chain will vote for change this time around, alleging that poverty is on a stark increase with up to 36% of the population living below the poverty line, up from 30.2 in 2008.

“The experience of most people across the country is that life is getting harder and that they are feeling more and more pressured,” said opposition leader and prime ministerial hopeful Goodwin Friday as he urged authorities to release recent studies on the poverty situation in the country immediately.

For the ULP, the party top brass has been boasting about the completion and commissioning of the showpiece new international airport that, for the first time, allows large passenger jets, rather than propeller commuter planes, to bring tourists to mainland St. Vincent. Like nearby Dominica and some other Eastern Caribbean islands, airport runways are only large enough to take off small propeller places. This has long been seen as an impediment to the development of the lifeline tourism sector. The ULP has also been bragging about upgraded medical facilities at the main hospital in the city and about the fact that the nation’s first rubberized athletic track is more than 80% complete and will soon be available to sportsmen and women.

Meanwhile, electoral authorities have made special provisions for people in isolation from the COVID-19 pandemic, setting aside a half-hour just before the close of polls at 6 p.m. to allow them to vote separately.

“The legal minds were able to guide us in terms of how procedures would be done,” Dora James, supervisor of elections told The Vincentian newspaper.

Gonsalves’ extensive run as prime minister means that he is easily the most senior political leader in the bloc of nations alongside Keith Mitchell of Grenada.