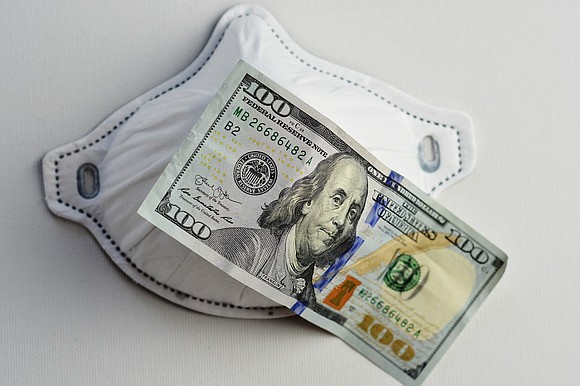 As the final days of the 2020 election season drew to a close, major media across the nation focused on polls and prospects for the presidential candidates. At the same time, scant news coverage reported on a development affecting 68 million consumers: debt collection regulation.

On October 30, the Consumer Financial Protection Bureau (CFPB) released its 653- page regulatory revision for enforcement of the Fair Debt Collection Practices Act (FDCPA), originally enacted in 1977. Since that time, the debt collection industry has grown into a multi-billion industry with over 8,000 firms throughout the country.

For Black America, debt collection was troublesome even before the COVID-19 pandemic. One investigation revealed that in three major cities – Chicago, Newark, and St. Louis – the rate of judgments for debt collection lawsuits was twice as high in mostly Black neighborhoods than in mostly white areas. Nearly a year ago, Urban Institute research found that debt collection disproportionately affects 42% of communities of color. By contrast, the national average of all consumers was lower in double-digits at 31%, and a wider racial gap among whites at 26%.

The largest portion of debt for communities of color are medical services and student loans. Given the decades of discriminatory policies and practices that perpetuated the nation’s racial wealth gap, these disparities extend to a lack of access to health care as well as a greater dependence on debt to finance higher education. For-profit colleges and institutions are among the latest and most visible financial predators.

In addition, the CFPB’s own 2017 survey found that 44% of borrowers of color reported having been contacted about a debt, compared to 29% of white respondents. Even when accounting for differences in income, communities of color are disproportionately sued by debt collectors. In fact, 45% of borrowers living in communities of color faced litigation, while only 27% of similarly situated consumers in white areas were sued.

CFPB’s revised rule will allow debt collectors to contact affected consumers up to seven times within seven days – or – within seven consecutive days of a prior telephone conversation about a debt. It is important to note that this allowed communication is for each debt owed. Multiple numbers and types of debt collection can legally multiply the number of allowed contacts and result in harassment for already struggling borrowers.

Secondly, debt collectors who opt to contact consumers by electronic media, must also offer consumers a “reasonable and simple method” to opt out of these communications that include social media, emails and text messages.

Commenting on the new rule, CFPB’s Director, Kathleen Kraninger, said, “Our rule applies these protections to modern technologies. …And our rule will allow consumers, if they prefer, to limit the ability of debt collectors to communicate with them through these newer communications methods.”

But for the 233 consumer, civil rights and legal advocates who filed public comments on the proposed rule, the announcement sent mixed messages for what it proposed as well as what it delayed.

“The devil is in the details, and we will have to scour this complicated rule to make sure that it does not open up new fronts for debt collectors’ pervasive and abusive treatment of consumers,” said Christine Hines, legislative director at National Association of Consumer Advocates. “Through the guise of modernization, the debt collection rule could open the gate for collectors to aggravate vulnerable consumers with even more harassment and a flood of electronic communications.”

Although the October 30 announcement does address the emerging modes of communications, it also delayed action on three specific areas of concern in debt collection.

Guidelines on “zombie” debt, the term used to describe debts that outlived statutory limitations for collection, are expected to be announced this December. Similarly, debt collectors’ practices of leaving messages with third parties or on postcards was not addressed, nor was negative information on consumers’ credit reports.

“As we face a dire and worsening economic crisis, we will be keeping a close eye on the ‘zombie debt’ rule, coming in December, which could leave consumers more vulnerable to deception and harassment,” said Linda Jun, senior policy counsel at Americans for Financial Reform Education Fund. “Collectors should not be allowed to bring expired debt back to life by luring people into making a small payment that revives a debt that would otherwise be past the timeline for a lawsuit.”

Although consumers have a right to expect more and better financial regulation at the federal level, many advocates are calling for states to do their fair share on protecting consumer rights.

Entitled, No Fresh Start 2020: Will States Let Debt Collectors Push Families into Poverty in the Wake of a Pandemic?, warns that once the pandemic recedes, families struggling to get back on their feet are likely to face a wave of debt collector lawsuits for medical bills, back rent, credit card debt, the balance due on repossessed cars, and even utility bills. It recommends that states “protect a living wage for working debtors – a wage that can meet basic needs and maintain a safe, decent standard of living within the community”. The report also recommends that states allow debtors to keep “a reasonable amount of money” to enable debtors to pay daily living costs such as rent, utilities, day care, and transportation.

This gap in state regulation became evident when federal stimulus checks were deposited in families’ bank accounts and then garnished by debt collectors. Further, and according to NCLC,

Preventing debt collectors from seizing so much of the debtor’s wages that the debtor is pushed below a living wage,

Allowing the debtor to keep a used car of at least average value;

Preserving a basic amount in a bank account so that the debtor has minimal funds to pay such essential costs as rent, utilities, and commuting expenses, and

Preventing seizure and sale of the debtor’s necessary household goods.

NCLC identified the worst states that allow debt collectors to seize nearly everything a debtor owns, even the minimal items necessary for the debtor to continue working and providing for a family. States receiving an F grade included: Georgia, Kentucky, Michigan, and New Jersey. States rated with a low D grade include: Alabama, Arkansas, Indiana, Maryland, Missouri, and Pennsylvania.

“By reforming their exemption laws, states will not only protect families from destitution but will promote economic recovery by enabling families to spend their money in state and local communities,” said Carolyn Carter, NCLC deputy director and author of the report.

Recalling its earlier research on the family wealth lost as a result of the Great Recession, the Center for Responsible Lending (CRL), holds that the effects of families of color losing $1 trillion of wealth, still hinders these same families a decade later. Until or unless regulators recognize that race and income are inextricably linked, harmful rules will only perpetuate the nation’s wealth gap.

“We applaud the CFPB for dropping the safe harbor that would have widened the door for collectors to use state courts to sue consumers on wrong or incomplete information,” said Center for Responsible Lending policy counsel Kiran Sidhu. “But, the CFPB’s final rule does not do enough to protect communities of color, especially during COVID-19, who are still struggling to recover from the Great Recession because of discriminatory exclusion from the financial mainstream and predatory inclusion into high-cost loan products.”

Sidhu also emphasized how the right kind of policy reform was important to stop debt collection law firms and attorneys from filing thousands of collection lawsuits each year that harass consumers on debts that may not even be owed.

To phrase it another way – It’s hard to build family wealth when you’re burdened with heavy debts and harassed by abusive debt collection practices. No amount of collector harassment will result in payments when no funds are available to pay past due bills. Further, any policy that denies indebted consumers the ability to preserve essential services like housing or utilities is unsustainable. The financial disparities that Black America strives to endure would significantly diminish if an inclusive financial marketplace became a reality. The crux of many burdensome debts is the lack of affordable and accessible financial services.

It is time to stop seizing our hard-earned monies.

Charlene Crowell is a senior fellow with the Center for Responsible Lending. She can be reached at charlene.crowell@responsiblelending.org.