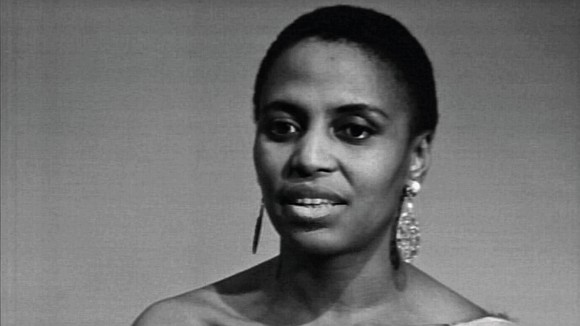 Mother Africa is calling—it’s a virtual call, answer her. The African Diaspora International Film Festival (ADIFF) will celebrate its 28th anniversary (virtually) nationwide for the first time from Nov. 27 to Dec. 13 with 75 narratives and documentaries from 31 countries including 26 world, U.S., and New York premieres.

For 28 years, ADIFF has spotlighted culturally and socially meaningful feature and documentary films about the human experience of people of color all over the world. The films in ADIFF 2020 explore the full humanity and range of the Black and Indigenous experience, giving a multidimensional voice to often misrepresented and misunderstood realities and peoples. Titles in ADIFF 2020 come directly from important domestic and international film festivals such as Tribeca, Venice, Toronto, Cannes, Berlinale, Durban, the Pan African Film Festival, The Trinidad and Tobago film festival, and the International Havana Film Festival of the New Latin American Cinema in Cuba. Others are independent productions made by filmmakers eager to share their message with an audience.

Opening Night film, “St. Louis Blues” by Allen Resiner, is the 1958 classic film broadly based on the life of W. C. Handy and featuring Nat ‘King’ Cole, Eartha Kitt, Pearl Bailey and Juano Hernandez. It is presented in the program Juano Hernandez, an Afro Latino actor in Hollywood that features five films with this Puerto Rican who became the first Afro Latino actor to work in Hollywood. His career lasted 50 years. The other films in the program are “Intruder in the Dust” by Clarence Brown (1949), “Something of Value” by Richard Brooks (1957), “Sergeant Rutledge” by John Ford (1960), and “The Pawnbroker” by Sidney Lumet (1964).

Closing Night film “Lil’ Buck, Real Swan” by Louis Wallecan, is a comprehensive documentary about Charles “Lil Buck” Riley who learned the smooth art of Memphis jookin and transformed it through his experience in the ballet world to become one of the greatest contemporary dancers in the world. Celebrated for his innovative dance style, his dedication to elevating the art of street dance, and his commitment to lifting the life of young people, Lil’ Buck is ADIFF 2020 Closing Night guest and will participate in a virtual Q&A focused on ADIFF’s Art, Resistance and Activism program, a selection of 18 films celebrating art as a force for social change.

Several films directed by young and talented African American directors including “Pink Opaque” by Derrick Perry about a young university film student juggling with homelessness, romance, and family issues; “Gramercy” by Pat Heywood and Jamil McGinnis, a beautiful short visual exploration of pain and loss (Gala Screening) and “Take Out Girl” by Hisonni Johnson, the compelling story of a young woman’s struggle to improve her life, and the hard choices she makes (Gala Screening). The Afro Colombian Cinema program. Colombia has the largest number of Afro-descendants in Spanish-speaking America. Some Colombian filmmakers have explored the Afro Colombian experience in films. “La Playa D.C.” by Juan Andrés Arango and “Chocó” by Jhonny Hendrix gave to audiences in Berlin, Cannes, and Toronto the opportunity to appreciate the multiracial/multicultural reality of that nation. The films in this program offer an introduction to a very rich and interesting culture as well as some information on the struggle of the Afro-Colombian to be discussed during an ADIFF virtual panel focusing on Afro-Colombian cinema.

Revealing African films making their New York Premiere in ADIFF 2020 include Centerpiece South African romantic drama “Back of the Moon” by Angus Gibson set in 1958 Sophiatown; “Nafi’s Father” by Mamadou Dia from Senegal, a powerful drama denouncing Islamist extremism and “Finding Sally” by Canadian-Ethiopian filmmaker Tamara Dawit, a personal investigation into the mysterious life of the director’s Aunt Sally, an Ethiopian aristocrat-turned-communist-rebel who disappeared after the revolution that led to the overthrow of Emperor Haile Selassie.

Premiere screenings of important historical documentaries include “Strike for Freedom” by Parisa Urquhart, a short about world-renowned author, orator, and activist Frederick Douglass and his major impact on Scotland; “The Cuba-Mali Connection” by Richard Minier and Edouard Salieris, a musical documentary about ten young promising musicians from Mali sent to Cuba in 1964 to study music who developed a revolutionary new sound mixing Afro-Cuban rhythms with traditional African music; and “The Esmeraldas Beach” by Patrice Raynal, a documentary that sets out to expose the invisibility of Afro Ecuadorians and rectify the narrative of the country’s history. Among other stories is that of the 1999 assassination of Prime Minister Jaime Hurtado, the first Black to hold this office. For more information about the 28th Annual African Diaspora International Film Festival, to receive the complete lineup, screeners, and high-resolution images please contact Diarah N’Daw-Spech at 212-864-1760/ fax 212-316-6020 or e-mail pr@nyadiff.org. Festival web site: www.nyadiff.org. The African Diaspora International Film Festival is a 501(c)(3) not for profit organization.