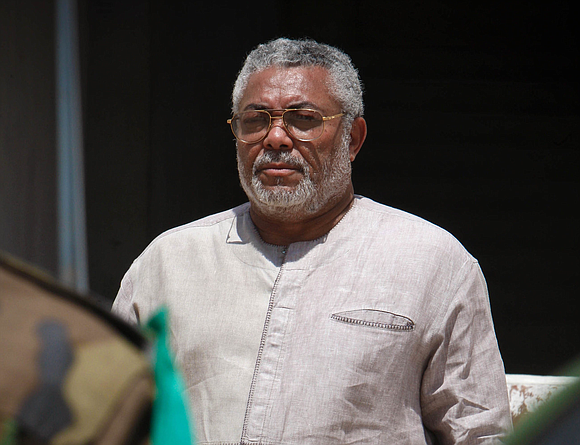 The charismatic leader was elected president twice and was known for galvanizing his supporters to fight against corruption.

Rawlings, the son of a Ghanaian mother and Scottish farmer, honed his political skills in the Ghana Air Force. He used those skills and led a coup to overthrow the then military government.

After two terms he stepped down in 2001 leaving behind a mixed legacy.

One week of national mourning was announced in Ghana.