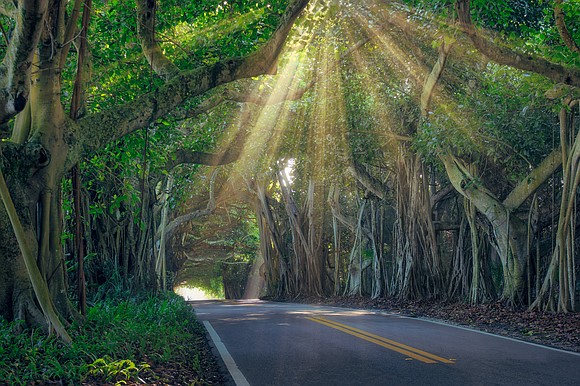 The East Coast is legendary for its landmarks and attractions. Think Statute of Liberty in New York, the Dr. Martin Luther King, Jr. Memorial or the African American Civil War Memorial in Washington, D. C., Independence Hall and the Liberty Bell in Philadelphia, the Boston Tea Party Ships and Museum, among others. While there’s something to be said for sticking to the familiar, the East Coast is also home to plenty of under the radar and underrated places. Check out a few of them.

Miami, Orlando, and the Keys get all the press, but make your way to Martin County. Martin County on the Treasure Coast of South Florida is along the Atlantic Ocean between Orlando and Miami. Enjoy more than 22 miles of beaches where you won’t have to worry about crowds. Greenery is plentiful, some 100,000 acres of parks and conservation lands. One bragging point, the county boasts the most bio-diverse lagoon ecosystem in the Northern Hemisphere and marks the start of the Florida Coral Reef Tract, which extends down through the Keys. You’ll find world-class fishing and gems like The Martin Glade Scenic Highway, an intertwined canopy of 100-year-old oak trees that form a verdant tunnel flanked by gnarled tree trunks and exposed roots. Then there’s the Blowing Rocks Preserve, beloved for its rocky Anastasia limestone shoreline that is the longest on the Atlantic coast. The Georges Valentine Shipwreck off the coast of Hutchinson Island is on the U.S. National Register of Historic Places.

In most museums the artwork is from the masters. Here, it’s quirky art from regular folks who are self-taught artisans. This museum is worth a trip to Baltimore because it’s not like anything you’ve seen before. The works are wildly creative, like DeVon Smith’s World’s First Robot Family, Fifi the Pink Poodle, a 13-foot tall, human-powered, twin-seated, kinetic sculpture by Theresa Segreti or the Matchstick Bust by Gerald Hawke or just some of the thousands of pieces that you’ll be talking about for some time.

England isn’t the only place with a Stonehenge. Salem, New Hampshire has its own, mysterious human-made maze of chambers, walls and ceremonial meeting places. It’s more than 4,000 years old—making it the oldest human-made structure in the United States. Like its counterpart in England, this site was built with a fascinating element of astronomy in mind and can still be used to determine solar and lunar events. This outdoor experience will captivate your attention and have you asking questions, “How did they do this?”

Few things are as cool as spy stuff. Get a peek into the rarified world of spies. You can fantasize what it’s like to walk in the shoes of MI6, the KGB, CIA and other intelligence agencies across the world. The museum is full of artifacts from spies be it the Bond Car, Aston Martin DB5 from 1964, and other goodies from the ’60s like a KGB Lipstick Pistol, a CIA Rectal Tool Kit, and the Shoe With Heel Transmitter from Eastern Europe. You also get a behind the scenes glimpse of how these uber powerful intelligence agencies do their thing.

When you think Georgia, the ATL probably comes to mind. But 90 miles north of there is Blue Ridge. You’ll get a mix of the great outdoors, history, boutiques, restaurants, art galleries and more. Check into one of the très chic cabins you’ll find there. Feeling adventurous? There’s the Benton MacKaye Trail, spanning nearly 300 miles through the Appalachian Mountains. Kayak the Toccoa River, boat Lake Blue Ridge or catch some of that trout that’s abundant. For the beer lovers there are three craft breweries. Board the Blue Ridge Scenic Railway downtown to get to charming McCaysville.

You want to take a special drive? The Mt. Washington Auto Road, the oldest and continually operating attraction in America is nearly 8 miles. You can explore the highest mountain in the Northeast without getting out of your car. The Mt. Washington Auto Road opened in 1861 when folks got there via carriage. If you so desire, you can hike one of the mountain’s trails. It’s worth the 360-degree views of the New England scenery. The Glen View Café is the spot for stick-to-your ribs comfort food and awesome views.