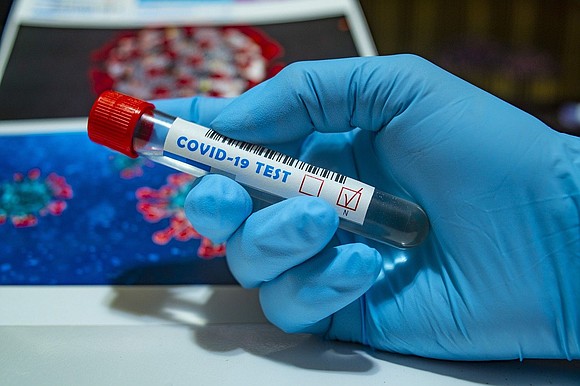 Essential workers, those who clean, work in public transportation, deliver the mail, etc., have been lauded and celebrated the past year while working on the frontlines during the COVID-19 pandemic.

But they’re still struggling to be compensated for their labor.

According to a new report by the Institute for Policy Studies, a Washington, D.C.-based progressive think tank, United for Respect, and Bargaining for the Common Good Network, essential workers were underpaid and risked (or were forced to risk) their lives for corporations owned by billionaires who allegedly cashed in on the pandemic to the detriment of the workers.

After analyzing the billionaire wealth, the IPS found that between March 18 (when the majority of the country began its COVID-19 related lockdown) and Nov. 17, 647 American billionaires gained $960 billion in wealth. The same period of time has produced 33 new billionaires.

“These billionaire owners are like military generals sitting in protected bubbles sending their workers into the viral line of fire with insufficient shields,” said Chuck Collins from the Institute for Policy Studies. “It is sordid and unseemly for some to reap such rewards when millions risk their lives, their long-term health, and their livelihoods.”

Collins also co-authored “Billionaire Bonanza 2020,” an IPS report that showed, among other inequality statistics, that since the beginning of 2020, Amazon CEO Jeff Bezos’ wealth increased by almost $25 billion.

IPS’ report paints a culture of greed among major corporations and private equity firms with labor paying the price. Some of those featured in the study include the aforementioned Amazon, along with Walmart, Instacart, Tyson Foods, Target, Blackrock and BC Partners.

According to the report, 10 of the billionaire owners of seven of these companies (Bezos, Alice, Rob and Jim Walton (Walmart), Apoorva Mehta (Instacart), John Tyson (Tyson Foods), Steve Schwarzman (Blackstone), Henry Kravis and George Roberts (KKR), and Steve Feinberg (Cerberus), have a combined wealth of $433 billion with their personal wealth increasing by 42% ($127.5 billion) since March 18.

IPS labeled the companies analyzed in their report as the “Delinquent Dozen.”

“I close the register many nights, so I know my store’s revenue has practically doubled since the coronavirus hit,” stated Dollar General employee Kenya Slaughter. “But we workers haven’t gotten any extra money, even though we’re risking our health, and our families’ health, to keep the stores running.”

Amazon worker and United for Respect leader Courtenay Brown said the happy and heart-warming marketing her employers puts out there through its commercials is a lie.

“As the virus spikes, we get more and more orders, and Amazon expects us to work at inhumane rates,” Brown, who works at an Amazon Fresh warehouse in New Jersey. “The pace is blistering and people get injured on the job a lot, people get sick, people are scared of catching COVID, and Amazon is not doing enough to protect our lives. It’s time for Amazon’s workers to get some actual compensation for the essential work we’re doing—we don’t need feel-good TV commercials thanking us for being heroes, we need $5 an hour in hazard pay, paid sick leave, and workplace protections from this dangerous virus.”

In the early days of the pandemic, iBlackstone, who owns TeamHealth, demoted a doctor who publicly sounded the alarm on the private equity firm’s aggressive cost-cutting and lack of COVID-19 safety precautions. Since the pandemic began Blackstone founder and CEO Steve Schwartzman’s wealth increased by $4.1 billion.

Attempts to contact some of the companies featured in this report were unsuccessful.

The report recommends the implementation of more public policies to protect workers, for corporations to pay hazard pay to labor (among other things), and for the government to target billionaires and companies that make money off the back of underpaid labor.

“While our economy is at risk due to quarantine, Instacart is cashing in more than ever,” stated Instacart employee Shenaya Birkel. “They had a huge opportunity to prove they care about the essential workers who do what their corporate employees would never do: shop in stores with COVID-19 floating around everywhere. Instead, they refused to offer hazard pay, over-hired, and actually decreased pay. It’s time we get treated according to the risk we are facing every day.”