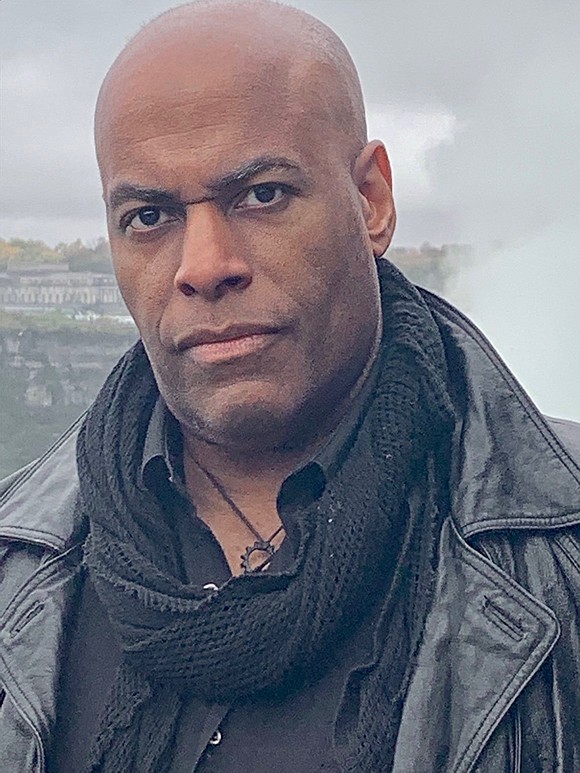 Between the coronavirus panic and the rise in white supremacist violence and threats, “We are in dire straits,” said Aton Edwards, the International Preparedness Network executive director, as he urged that the community beware complacency. “Not just the COVID—I mean because there is so much chaos…out of crisis comes chaos.”

The year 2020 saw the murders of Breonna Taylor, George Floyd, Ahmaud Arbery, a series of nooses and hangings from New Jersey to Texas to California, and last week’s murder of Quawan Charles. It also saw the rise of the Karens and Kens who were white people calling cops on Black folks minding their business, in an effort to intimidate or create a confrontation with cops. This plus the ongoing COVID-era dilemma, plus the state of a nation where President Donald Trump refuses to concede that he lost the election. All in all a foreboding unease exists.

Taking the nation’s temperature when it comes to current polarized race relations may have the mercury bubbling. The tension in the country is not eased with Trump’s inquiry on Tuesday about the possibility of a military strike on Iran’s nuclear facility.

Those who know of the likes of the grassroots organizations such as the Deacons for Defense and Justice, the Black Panther Party, and the historic countless rebellions, will know that self-defense is not a new concept for African Americans who have always faced fascistic and racist threats from nightriders and their like—no matter the century.

Edwards urged, “The Black community has to recognize that a certain element of these Gravy Seals do pose a threat, and that we have the Second Amendment Right to possess firearms…We should never believe that we are not in danger from this clandestine, racist element. Seventy-one million people voted for Trump. He called the far right in Charlottesville nice people. He called Mexicans robbers and rapists. So his people rose to the occasion.”

After a summer of choreographed controlled opposition that had thousands in the street, armchair and clickbait activists latched onto major causes creating a perfect storm of anti-establishment angst, COVID-era fear and fatigue, and the rise of the unleashed rage of the privileged.

The weekend of Nov. 14, 2020, saw hundreds attend the ironically called Million MAGA March, hosted by right-wingers such as the Proud Boys and The OathTakers. Their rally name is eerily similar to the Nation of Islam’s Minister Louis Farrakhan’s 1995 DC Million Man March, and 2000 Million Family March, and the 1997 Million Women March organized by Phile Chionesu and Asia Coney in 1997 in Philadelphia.

Mostly loud with minimal scuffles during the day, by night things got a little rowdy, with several people arrested.

“This is a new period, not a new era,” said Private Investigator Ali Karim.”Those boys have just been undercover.”

Edwards echoed the statement when he stated that white supremacists have been studying bio and chemical warfare for eons, and that the government is aware of a lot of these groups, many gathering weapons and munitions.

Like white weekend warriors have done for years, dozens of Black gun club groups are now training Black men, women and children in the art of self-defense. Divine Allah, the New Black Panther Party youth minister, noted, “Marcus Mosiah Garvey taught us that when all else fails to organize the people, conditions will. We have a history of defending our families. 2020 and thereafter will be no different.

“We just stay in a state of readiness, that way you are always prepared. Forearmed is not taking time getting ready.”

A Vietnam vet warned that even though the armed white militias are walking around public areas and civic buildings nationwide, “They are calling for a race war, they don’t know what it really is. They are speaking with the bravery of ignorance, and they haven’t thought it all the way out.”

Wanting to remain anonymous, the retired medical professional said, “I was a young man when I went to a real war. I have seen Napalm hit, I saw people killed. I saw war. I have watched people running for their lives. I know people who never had another happy day after what they experienced in war.”

Setting off a war, civil or otherwise, is “something those white militias are just talking about,” said the army vet, who is now grandfather.

“The proud boys, Boogaloo boys and other white nationalist terrorists are nothing less than fascists masquerading as patriots,” retired NYPD Detective Marquez Claxton stated. “They suffer from the same low minded ignorant insecurities and race-based fears of the Ku Klux Klan and Neo-Nazis.They should be taken seriously because that level of armed hatred, confusion and fear makes them classic opportunistic killers. Whether it is physical isolation or a general lack of situational awareness, these cowards tend to target the most strategically vulnerable people.”

Declaring Trump’s coercion, Claxton, a frequent contributor on MSNBC, continued, “There will be increased interactions between these white nationalist domestic terrorists and the newer formed Black defense organizations because the latter have been mobilizing in response to the increasing fascist threat spurred on by the comments and conduct of the current White House occupant and his sycophants.”

Activist Hawk Newsome agreed, “Now is the time for Black people across the country to realize that violent white supremacists are gaining confidence. We may be on the verge of groups of these evil racists coming to our neighborhoods and harming us.

“The worst scenario that I could imagine is our people not taking these threats seriously. We need to arm ourselves and defend our people.”

Divine Allah said that the Black community have been somewhat pacified by the populist “Black Lives Matter” wave, as opposed to the “Black Power movement, which the young people’s parents’ had. We had the image and platforms of a Huey P. Newton, Dr. Khalid Abdul Muhammad, Min Farrakhan…not just slogans and mainstream coverage with no real agenda. This is not a movie. We need to be serious about our self-defense.”