While Sam Darnold heals, the Jets look beyond this season 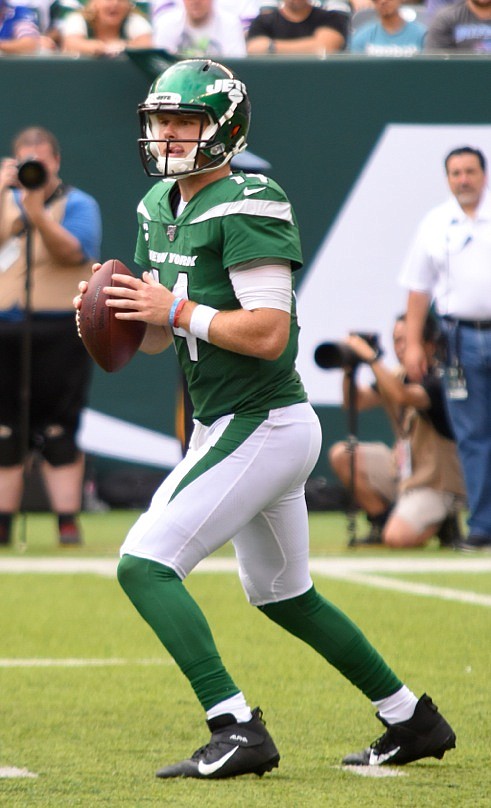 A commonly used phrase in sports is, the best ability is availability. Another is, next man up. The New York Jets starting quarterback Sam Darnold is unavailable, again, due to a shoulder injury sustained against the Denver Broncos on Oct. 1 in Week 4.

Darnold was replaced by backup Joe Flacco. The former Baltimore Raven and 2013 Super Bowl champion started the next two games before Darnold returned to start in Weeks 7 and 8. But it was short-lived as his right shoulder continues to be problematic. Flacco was back under center Nov. 9 in the Jets’ 30-27 loss to the New England Patriots—their last game before a bye-week—and the 35-year-old veteran will make his fourth start this season filling in for Darnold when the Jets face the 2-7 Los Angeles Chargers this Sunday on the road.

“I think it’s a smart decision not to play,” said Darnold after the assessment was made that he needed further recuperation. “I’ve given it thought, and it’s just got to heal. It’s got to have time, and that was kind of our mindset.”

The Jets are 0-9 and in last in the AFC East division. They are the only winless team in the NFL. An analysis of the Jets’ remaining seven games logically determines the Chargers may be their best chance to avoid going 0-16.

Since drafting Darnold in 2018 with the No. 3 overall pick to be their long-term franchise quarterback, injuries, mononucleosis, poor coaching, below average offensive personnel and seemingly paranormal occurrences have precluded the Jets from getting a firm read on the 23-year-old from USC. They have been unable to define his ability to effectively lead the team and have few games left this season to get a clearer assessment.

“I think we’re just trying to make sure his strength is where it needs to be for him to go out, practice, make throws that he wants to be able to make,” said Jets head coach Adam Gase, who like Darnold is almost certainly in his last season with the organization.

“Obviously I want to play. I always want to go out there and put it on the line for my teammates and for my coaches, and just go out there and play football,” said Darnold. “It’s what I love to do, and that’s first and foremost.”

So what does all of this mean for the Jets and the future of their quarterback position? They have already set their sights on next April’s draft and selecting the next man up.