NYC Parks Renamed in Honor of the Black Experience 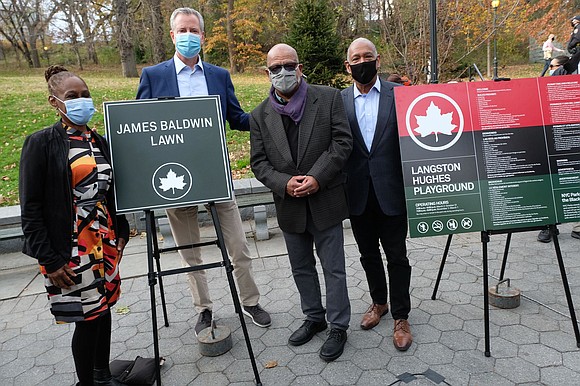 Baldwin was a native New Yorker known for chronicling the Black experience in books like, “The Fire Next Time,” “If Beale Street Could Talk,” and many others.

Hughes was a leader of the Harlem Renaissance and wrote extensively about the Black experience.

The rededication is part of a larger effort to rename public parks in New York City to honor the Black experience.