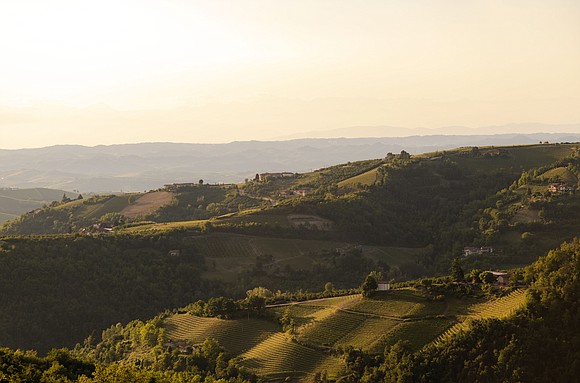 The travel industry has been one of the hardest hit industries by the pandemic. A recent survey of American Hotel & Lodging Association (AHLA) members found that with the resurgence of COVID-19 and renewed travel restrictions enacted by many states, the hotel industry will continue to face devastation and significant job loss without additional relief from Congress.

In fact, 71% of those surveyed said they won’t make it another six months without further federal assistance given current and projected travel demand and 77% of hotels report they will be forced to lay off more workers. Without further government assistance nearly half of respondents indicated they would be forced to close hotels. More than one-third of hotels will be facing bankruptcy or be forced to sell by the end of 2020.

The stats are sobering for sure, but despite everything that’s going on, there are some bright spots. Despite the state of affairs, many new hotels will hit the scene in 2021. Here’s a look at some of what’s in store when you’re ready to travel next year.

You can’t go wrong with a five-star luxury hotel in the heart of northern Italy’s Piedmont region. Better still, it sits on the doorstep of Le Langhe, a UNESCO World Heritage site. Overlooking 100+ acres of working vineyards and rolling hills, the 39-room eco-conscious hotel combines traditional Piedmontese design with sustainable practices thoughtfully threaded throughout. At Fàula Ristorante and Sori Cocktail Bar enjoy the finest regional cuisine along with wines from around the world and neighboring vineyards. Immerse yourself in all the experiences––cooking classes, a wine academy, truffle hunting and art tours among others.

This is for the art lovers. The hotel is part of the newly expanded 5th Street Public Market––a cultural cornerstone of the Eugene community and showcase for local artisans and makers, from ice cream to coffee, leather goods and textiles.

Art will be plentiful everywhere. The lobby Art Bar will offer guests a chance to create their own masterpiece, stocked with supplies like pencils, watercolors and clay. Think mini museum, with the 200 pieces of local art that will adorn the hotel’s walls. In partnership with Eugene-based Harmonic Laboratory, an award-winning art collective, the lobby will include a large-format digital art installation called the Great Wall, which will be the interior focal piece. Because good food can be art, The Gordon will be home to two new restaurants by Oregon native Mark Byrum, a chef and sommelier who grew up in neighboring Springfield. Visit the hotel's website for more info.

The Banneker name pays homage to Benjamin Banneker, one of the country’s major Black innovators who not only made major contributions to astrology, mathematics and civil rights, but had an integral role in surveying the land that would become the nation’s capital. He identified the meridian line for D.C., which is currently 16th Street and where the hotel is located, coupling the hotel with part of Banneker’s legacy. For more historic touches, there’s the rooftop bar, Lady Bird, which ties back to Claudia Alta “Lady Bird Johnson,” the first lady of the United States during the Johnson administration.

This is the Hyatt’s first hotel in the Cambodian capital and will mark the debut of the Hyatt Regency brand in the country. Centrally located, the hotel is a short walk to the Royal Palace, National Museum and the riverside. With 247 guestrooms including 43 residential-style suites, the new property is set to become the largest internationally branded hotel in the city. Conceived by award-winning Singapore-based SCDA Architects, the interiors of the hotel will reflect Cambodia’s diverse heritage, blending Khmer architectural accents, French colonial influences, and specially commissioned artworks by contemporary Cambodian artist, FONKi. It’s about details. The hotel lobby is repurposed from a beautifully restored French heritage building. Hyatt Regency Phnom Penh will feature five dining venues including FiveFive Rooftop Restaurant & Bar, which is set to become a social hot spot with its views of the Mekong River, the Royal Palace and the city skyline. The creative cocktails and DJ performances up the wow factor––alongside refreshing cocktails and energizing DJ performances. Fun is plentiful, with a 24-hour fitness center, tropical infinity pool, spa and the Regency Club Lounge.

Check in the 139-key Bottleworks Hotel for a bit of history. The hotel will be on the top two floors of the historic administration building that still proudly boasts the Coca Cola name on its side. This hotel will win the hearts of art deco lovers, with its white terra cotta structure, brass art deco-pat, terrazzo floors, plaster detailing and colorful ceramic tiles that add to the building’s unique style. You won’t have to worry about where to eat: it will be right next to Indy’s new Garage Hall that features more than 20 local culinary vendors and specialty retail shops inside the urban industrial marketplace, once the site of the factory’s garages. The Garage will also be home to a record shop, outdoor attire spot and a barber shop, among other offerings. An Indie movie theater, high-end spa and nail bar, and an arcade-style duckpin bowling bar will also open on-site. The hotel is the anchor for the $300 million rehabilitation of the historic building and 12-acre mixed-use new district. The Circle City is essentially getting a brand-new neighborhood downtown.

Located between the emerald green waters of the Gulf of Mexico and the Choctawhatchee Bay, Hotel Effie will be located at the Sandestin Golf & Beach Resort. Come with your appetite. All cuisine will be helmed by James Beard award winner and celebrity chef Hugh Acheson. In Walton County it’s the only hotel of this size to have a full-service spa, Spa Lilliana. Treatments will blend quartz and saltwater, offering wellness and healing options. It also has bragging rights for having the only rooftop pool on the Emerald Coast. Sip fine wine and cocktails at Ara Rooftop Pool Lounge amid panoramic views and enjoy private cabanas.

You should be in for a treat when this hotel opens in the Arava Valley of the Negev Desert. There are 58 ultra-luxe and sustainable suites and villas. The on-site activity center will include an Earth Lab, camel stables, Senses Spa, authentic Bedouin dining experience and more. Adventure fans will get their fill with nearby activities such as off-roading, mountain climbing, mountain biking, rappelling and more.

Your kids will be thrilled. The Legoland New York Resort will be the first major theme park to hit the Northeast in more than 40 years it will be home to the Legoland Hotel. The first and only Lego-themed hotel in the Northeast. They’ll love the imaginative Lego features and themed play areas everywhere. Choose from four themed rooms (including Pirate, Kingdom, Lego Friends and LEGO® NINJAGO® themes) and explore the park’s seven themed lands, over 50 rides, shows and attractions and experience the global debut of the LEGO Factory Adventure Ride (where you’ll be transformed into a LEGO Minifigure).

You know South Beach is all about style. This hotel fits right in with its playful celebration of Miami’s cosmopolitan culture and interiors by Rockwell Group and Saladino Design Studio. Better still that it is steps from the sand on Washington. Soak up the scene, be it the multicultural influence of the city’s Cuban community and immigrants from the rest of Latin America and beyond. Direct references are made to Havana and Miami’s Little Havana neighborhood, which inspired the design for Los Buenos, the bodega/taco stand in the lobby, and to Mexico City, specifically the chic Condesa neighborhood whose collection of Art Deco buildings is second only to that of Miami Beach. The bodega/taco stand is unique, with its colorful, Spanish-style tiles and features murals by local artist Aquarela Sabol, vintage postcards from Florida and Cuba with wood-cut shapes and handwritten messages to evoke the glamorous allure of exotic destinations.