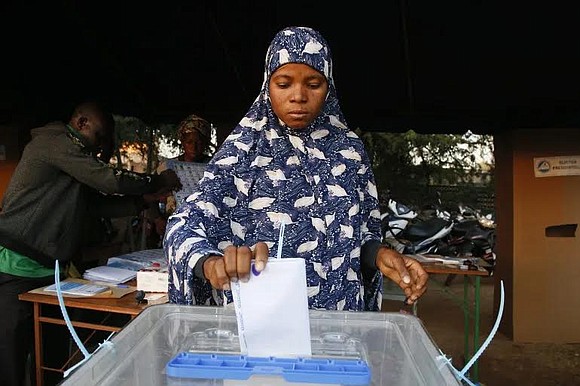 A U.S. State Department red level “Do Not Visit” warning against travel to Burkina Faso has been posted to the U.S. website, as rising rates of COVID-19, terrorism, crime and kidnapping are said to endanger visitors to that country.

“Terrorists may conduct attacks anywhere with little or no warning,” the State Dept warned. “Targets could include hotels, restaurants, police stations, customs offices, areas at or near mining sites, places of worship, military posts, and schools.”

Last week, it was reported that an American citizen was killed in Ouagadougou, Burkina’s capital.

Four government and army officials confirmed to the AP news wire that the man was shot outside of the Baba Sy military camp on the outskirts of Ouagadougou after trespassing and ignoring a warning shot by soldiers to stop advancing.

The U.S. has a significant presence in the region with Special Forces training local Burkinabe troops, according to research compiled by freelance journalist and Africa specialist Sam Mednick. His extensive news feature titled “The Extent of U.S. Special Forces in Africa” is posted on the Pulitzer Center website.

“Officially, the United States has just one military base in Africa,” Mednick wrote. “But extensive reporting in the Mail & Guardian and elsewhere has revealed the existence of a network of secret military bases and outposts across the continent. We have been able to obtain an official list of where they are deployed in Africa.

“The list is extraordinary: U.S. special forces are present in nearly half of Africa’s 54 countries.”

Earlier this month, 14 African soldiers were killed and others injured in Burkina’s Sahel region—one day before Burkinabe voters went to the polls for presidential and legislative elections.

President Roch Marc Christian Kabore is running for re-election to a second five-year term against a dozen opposition candidates. The main issue facing Kabore is that he hasn’t done enough to secure the country and has allowed the jihadists to control larger and larger areas of the country, something he had vowed to stop.

“We will not give up, we will keep fighting until we will have peace and victory on our soil,” he had proclaimed.

Meanwhile, the State Department said it was not aware that the American had any affiliation with the U.S. government, but declined to give more information.

Violence has killed more than 2,000 people this year and displaced 1 million from their homes in the West African nation.