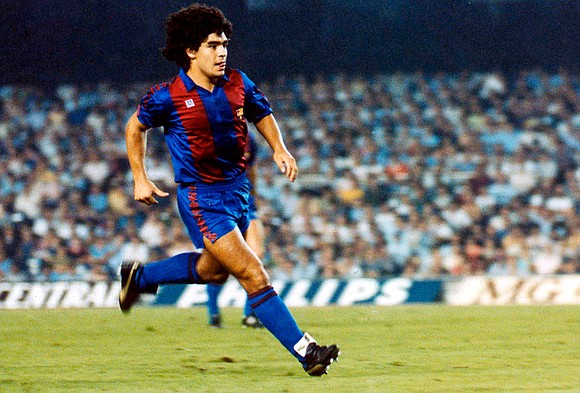 A legend in the soccer world is gone.

According to his agent Matias Morla, Diego Maradona died of a heart attack confirming the news to EFE, a Spanish international news agency, first reported.

Clubs and other soccer vets were quick to mourn the player and praise his legacy.

On Twitter, Fernandez said, “You took us to the highest place in the world. You made us immensely happy. You were the greatest of all. Thanks for existing, Diego. We are going to miss you the rest of our lives.”

In a statement to Reuters, another soccer legend––Pelé––said through his representative that “Certainly, one day we’ll kick a ball together in the sky above.”

In his 21-year career, Maradona acquired his legendary status on and off the pitch. Given the nickname “El Pibe de Oro” (“The Golden Boy”), Maradona helped lead Argentina to victory at the 1986 World Cup final. A controversial goal, where many believe Maradona should’ve been called for a handball––and thus receive a yellow card––was dubbed the “Hand of God” by the Argentine populace and forever cemented his status as an athletic hero in the country. Maradona was also known for his hard partying ways, and that created even more controversy around him.

Maradona spent the majority of his career playing for FC Barcelona and Società Sportiva Calcio Napoli (known simply as “Napoli” to most people). Maradona has been the subject of several films including a 2019 British documentary simply named “Diego Maradona.”

This wasn’t the soccer icon’s first health scare this year. A month ago Maradona was hospitalized and underwent surgery for a blood clot in his brain. He was released from the hospital Nov. 11.