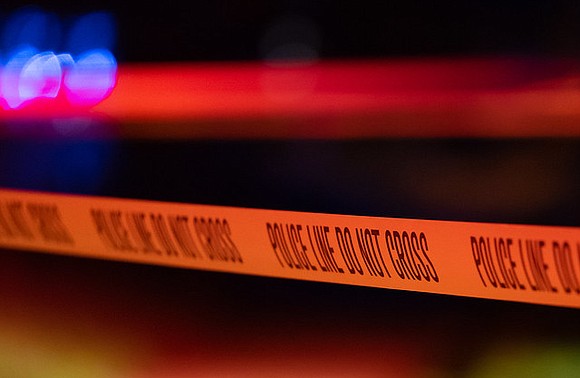 The mood at a Sweet 16 party in Bed-Stuy, Brooklyn Sunday night went from being a joyous occasion to one of blood-soaked anguish and pain after gunmen opened fire, striking seven people, one of them, a 20-year-old woman, mortally. The surviving six victims’ ages range from 14-20, and they’re expected to recover from their injuries.

“We’re seeing a tremendous uptick that has us concerned,” expressed NYPD Assistant Chief Judith Harrison, during a Monday press conference. She added that the seven victims were taken to local hospitals.

Police believe the shooting was retaliation for an earlier incident which occurred at the Sweet 16 celebration’s initial location at a party hall on Liberty Avenue in East New York. Police disbanded the gathering around 7 p.m. due to social distancing protocols, but those in attendance then moved the celebration to 15 Albany Ave. in Bed-Stuy, where a 17-year-old was shot in the leg just after 9 p.m., while standing near the new location.

Investigators say that around 11:15 pm, that they “believe there is definitely more than one shooter” who ambushed the building, “and no less than two guns were used,” saying shots were fired from outside the building into its lobby and as the shooters walked on up to the third floor.

Although police haven’t disclosed a motive, Kemper, who oversees the detective bureau in Brooklyn North, stated during the press conference that the second shooting could be a “retaliatory shooting” or a continuation of the shooting in East New York.

Brooklyn Borough President Eric Adams added that the second shooting was precipitated by the first one. “A beef that started in East New York spilled over here,” he concurred.

Fred Waller, who resides on the 2nd floor at 15 Albany Avenue, was returning home at approximately 11 p.m. when he saw two people bickering in front of his building, which was packed with about 75 people in total, and assumed they were with the party inside. Then shortly after entering his apartment he heard a fusillade of about a dozen gunshots. After initially retreating for a moment he then peered out to witness the bloodshed and scurrying partygoers. “This is out of control,” Waller assessed at the time.

It’s unclear what motivated each shooting incident, and no arrests have yet been made. These shootings reflect the recent rise in violence throughout the city.