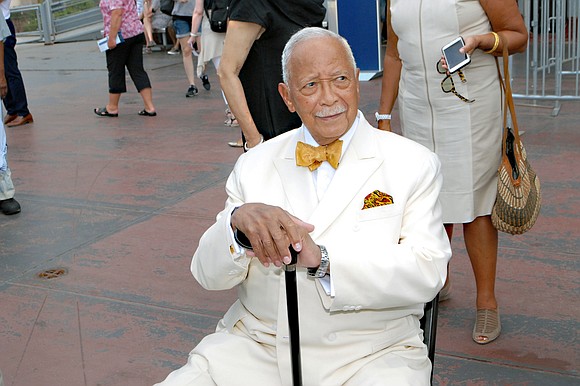 Former New York City Mayor David Dinkins passed away this Tuesday at the age of 93. An outpouring of statements honoring the former mayor occurred with Rudy Giuliani, among others, feeling the need to speak on the man. He was known as a champion of labor, and union leaders were quick to chime in on Dinkins’ death and the legacy he left behind.

“Our hearts are heavy today as we mourn the passing of David Dinkins, a great friend to our Union, a lion of New York City civic life, and our city’s first Black mayor,” stated 1199 SEIU President George Gresham. “Born in New Jersey, Mayor Dinkins devoted his life to his adopted hometown. He believed deeply in the power of people and the ‘gorgeous mosaic,’ a name he gave the city, and which is still shorthand for New York’s unique diversity and strength.”

Dinkins helped 1199 establish their political power when he helped homecare workers gain wage increases and benefits. The union underwent a significant get-out-the-vote effort for the late Dinkins, which led to his 1989 victory over Giuliani.

“1199SEIU is proud to have helped Mayor Dinkins win his historic 1989 election and proud to have stood with him through the challenges that faced him as mayor,” Gresham continued. “David Dinkins made New York City better and was truly an example of the potential he believed in for us all. The 450,000 members of 1199 are grateful to share in his legacy of a more inclusive and just society. We wish him an easy passage and a peaceful rest.”

1199 wasn’t the only union Dinkins championed and benefited from in kind.

The Transit Workers Union ran side-by-side with Dinkins during his Democratic primary in 1989 against Ed Koch, in his election victory over Giuliani and in his subsequent loss to Giuliani in 1993. Despite this, TWU leaders said that Dinkins continued gracing the union’s headquarters and was a special honoree in 2017 as part of the union’s Black History Celebration.

Local 100 President Tony Utano said that the union owes a lot to the former mayor.

“Mayor Dinkins’ passing is a sad day for Local 100 members and all of New York,” stated Utano. “He was a force for good in our City; a true unifier who effectively fought to bridge the racial and ethnic divides in our City and our country with intellect, kindness and humanity. His death is a great loss at a time when America desperately needs leaders who would espouse Mayor Dinkins’ theme of our society as a ‘gorgeous mosaic.’”

Kyle Bragg, president of 32BJ SEIU, added to the voices expressing sadness and praising the record of Dinkins, his commitment to working class New Yorkers and echoing the phrase he made famous during his inaugural speech.

“The city’s first Black mayor broke new ground during an extraordinarily difficult time for the city,” stated Bragg. “Mayor Dinkins was a steadfast champion for the poor and made an unwavering commitment to equality. He stood with Black and Brown communities to build affordable housing, expand access to health care and to ensure that every child has access to a good education. The strength of Mayor Dinkins’ character was present in everything he did to realize the city’s ‘gorgeous mosaic.’

“He showed grace and unwavering decency in the face of the intense racism…NYC owes Mayor Dinkins a debt of gratitude,” said Bragg.