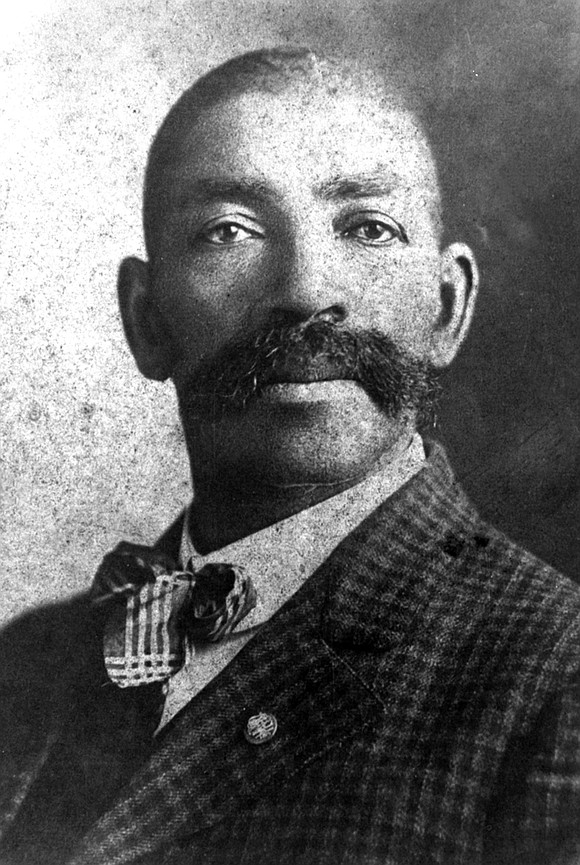 During the 1950s Miles Davis, who was still rising to the top, recorded his classic album “Round Midnight” with saxophonist John Coltrane and bassist Paul Chambers (Columbia 1957). Sonny Rollins, a Harlem native, joined Miles’ quintet for a brief moment before moving on and recording his epic album “Saxophone Colossus” (Prestige Records, 1956). Harlem was hotter than Sherman’s Barbeque pit on a Saturday night; you might see Sam Cooke, Dorothy Dandridge, Eddie “Rochester” Anderson or A. Phillip Randolph coming out of Hotel Theresa, or Langston Hughes taking a leisurely stroll. The iconic drummer Roy Haynes summed it up by saying, “Harlem was so hip back then musicians used to say they would rather go to Harlem than heaven.”

As these hipper happenings were taking place, it was totally oblivious to me while living only blocks away. As a little kid, there was one thing I knew about in the 1950s and that was “cowboys and Indians,” every little boy’s favorite pastime when not outside running buck wild with friends up and down the sidewalks of Harlem.


Years later, it became evident the only thing all cowboy movies and television western series had in common was the absence of Black men. There were only three people of color on television westerns: The Lone Ranger’s sidekick Tonto, played by Jay Silverheels, who was a Mohawk from the Six Nations Indian Reserve in Ontario, Canada; Duncan Renaldo in the title role of “The Cisco Kid,” and Leo Carrillo, the happy sidekick.

As a child, none of this color thing registered. It was about who’s going to be the cowboy, acknowledged as “the good guy” and who would be the “Indian,” the bad tribe member who scalped white men. When friends came to my apartment, I was usually the Native American only because my father had brought me a whole set with rubber tomahawk, knife, colorful feathered headband and a bow with rubber-tipped arrows. It seemed more feasible, I had more options to kill the cowboy and of course hiding behind the mountain (my couch) was an even greater advantage. As the Native American there weren’t a lot of characters to choose from: Tonto, Sitting Bull, Cochise or just declare yourself as the Chief. Now, cowboys had choices like Wild Bill Hickok, Lone Ranger, Roy Rogers, Kit Carson, Lash Larue, Gene Autry or a Texas Ranger.

If only we had known about Bass Reeves (July 1838 – Jan. 12, 1910), a real Black deputy U.S. marshal who roamed the plains of Arkansas and the Oklahoma Territory. He was tougher than Roy, Larue and all the Texas Rangers put together. He arrested more than 3,000 felons, shot and killed 14 people in self-defense. Damn that was a bad Black dude. He was the only Black man in America who could kill white men and not get hanged. Can you image young kids of all colors running around saying “I’m Bass Reeves, take that you crook.” Before Reeves, real Black cowboys had taken to the plains: between 1879 and 1884 free Black men (who had worked as ranch hands for their former masters) migrated west to Kansas and other western states. They found jobs as horsebreakers, gun-packing trail cooks, well-dressed bodyguards and money transporters.

Black kids and many adults didn’t see real cowboys until the Greater Harlem Chamber of Commerce imported the magnificent men during their annual HARLEM WEEK activities during the 1980s. They came with ponies, giving the young kids a chance to ride and even feed them hay. It was the first time hay had been on the streets of Harlem.

This piece is in response to the New York Times article “What’s So Great About Westerns?” written by Ben Kenigsberg in Critic’s Notebook. In all fairness, his article relates to the western films of Budd Boetticher and Randolph Scott. He says, “You will occasionally have to put up with cringe-worthy racial attitudes. The depiction of Native Americans as horse-eating, husband-killing savages doesn’t sit well in modern eyes.”

The mere thought of cowboy movies opens up a deep wound for me as a Black man in America. In my opinion there was nothing great about Westerns. The western films and television series perpetuated a lie that segregated Hollywood and reinforced systemic racism. Native Americans were portrayed as scalpers and white killers, attacking wagon trains at every opportunity; Blacks were big bucks who preyed on white women, who today remain dangerous while driving or jogging, bird-watching in Central Park, standing in Starbucks, playing innocently or sleeping.

The thought of Black cowboys working their land with a strong family structure like the TV series “Little House on the Prairie,” “The Waltons” or any cowboy western did not meet the debilitating myth. Hollywood remained loyal to the status quo of America changing the narrative to savages as opposed to Native Americans fighting for their land against cowboys, settlers and greedy land barons that took from them at every opportunity under weak land treaties agreed to by the United States government that were never enforced properly.

It is so appalling that in this 21st century the average American does not know and has never even seen one Native American. In my entire life I have only met one Native American some years ago at Amiri Baraka’s house. Remember, we are talking about the people who owned all the land in America and now they are corralled on reservations discarded as second-rate citizens at best. They are people of color who are also denied their human rights.

In May 1971, Playboy magazine published an interview with John Wayne (America’s favorite cowboy actor) in which he had the audacity to state, “I don’t feel we did wrong in taking this great country away from the Indians. Our so-called stealing of this country from them was just a matter of survival. There were great numbers of people who needed new land, and the Indians were selfishly trying to keep it for themselves.”

Let’s see: white people stole the land, then forcefully took our ancestors from Africa to take care of the land and later build houses and businesses that included the White House. America’s existence was built on the lives of Native Americans and Blacks.

Wayne’s perspective is no different from the U.S. president’s: take what you want, it’s a matter of survival, lie (Native Americans called it fork tongue), cheat, take lives and call it privilege. We are over 1 million deaths world-wide as the coronavirus persists, while we continue to mourn and protest the deaths of George Floyd, Breonna Taylor, Michael Brown, Sandra Bland, Eric Garner and Trayvon Martin among so many other brothers and sisters from the lynchings from 1944 to 2020.

The cowboy mentality is a blood-stained fabric of the American flag that continues to fester like a malignant sore. Vote all hands at the ballot box…Voting is crucial as the ancestors breathe winds of perseverance in the cradle of our struggle. Black seeds keep on growing.