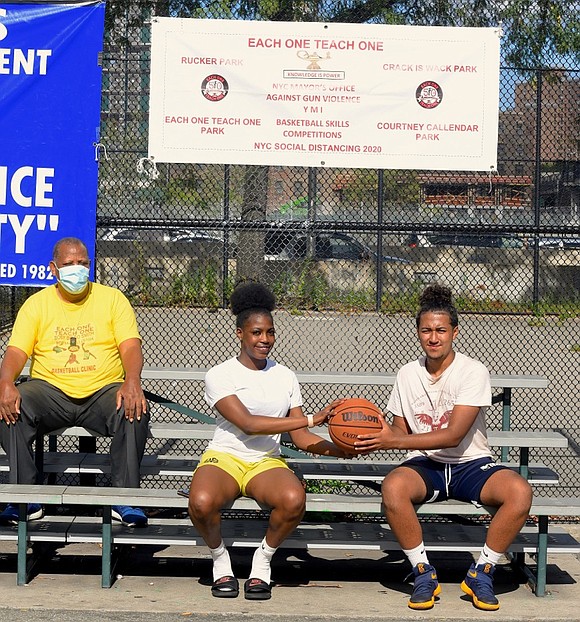 The summer is over. We’re nearly a month into the fall, but the memory of a New York City summer bereft of sports programs for youth and young adults because of the novel coronavirus pandemic is still fresh in the minds of all those who normally participate in them in one form or another. The student-athletes, parents, coaches, clock operators, officials and support staff, even the vendors who sell refreshments at city parks and fields where many activities are held have felt the effects of a summer without the games. Early in the spring, New York City’s leadership not only padlocked several parks, they also removed basketball rims to prevent play on courts.

The pandemic further shut down annual organized events. There was no Rod Strickland-Kyrie Irving Summer League Tournament in the South Bronx, no Pre-Teen Classic in Brooklyn. In Harlem, where you could walk a few blocks from one tournament to another during the weekend, none of the popular tournaments were played. Partly because the city put a hold on park permits and in part because of the social consciousness and responsible action of putting the health of children first.

A man like Jim Couch, an elder statesman in his late 80s and commissioner of the Uptown Challenge, a Harlem basketball league for young women held at 130th Street and Fifth Avenue, had to sit out this summer because of his age and the effect the virus could have on him. Couch participates in New York City summer basketball every year. Coaching Kareem Abdul-Jabbar when he was a young Lew Alcindor is one of the laurels on his resume.

“That’s one of the reasons why I didn’t want to open up this summer,” said Al White, commissioner of the Holcombe Rucker Summer League. “We contemplated hard about whether we should have a season or not, but when I read about how the virus was killing the elderly and youth in our community, I refused to take that chance. I refused to be a contributor to this.”

White had been planning for this season since the end of last summer. This would’ve been their 70th season, something monumental.

“This coronavirus will unfortunately interfere with opportunities for hundreds of high school student-athletes and further disrupt the Class of 2021,” said Russel Shuler, CEO of SMARTBALL, an elite high school invitational played at the end of August. “This is another obstacle for a student-athlete to overcome. You really have to feel for them.”

George Ball, director of Each One Teach One and the Golden Hoops tournament, was able to put together a tutorial skills program providing organized recreation for the community’s youth.

“It incorporated safe interaction among the participants,” said Ball. “We presented the idea to the Mayor’s Office Against Gun Violence & YMI [Young Men Initiative]. It was well received and could become a viable template going forward for as long as these conditions remain.”