Competitive Giants fall short against the Rams in Week 4 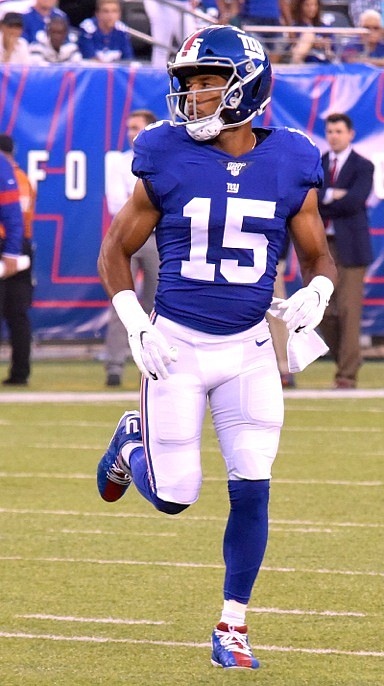 The 0-4 Giants are still chasing their first win of the 2020 season. They are part of the worst division in football, the NFC East, in which the 1-2-1 Philadelphia Eagles hold the lead, yet find themselves in last place. It is an indictment of how awful first-year head coach Joe Judge’s team has played.

However, last Sunday, Oct. 4, in Los Angeles, the Giants showed signs of life and progress. In the face of losing 17-9 to the Rams, they were mentally and physically competitive, scrapping until their final possession late in the fourth quarter with a chance to tie the game.

But in what has become a deflating recurring theme for the Giants, second-year quarterback Daniel Jones committed a costly turnover. This time he threw a careless pass at the Rams’ 7-yard line that was intercepted by Los Angeles defensive back Darious Williams with 52 seconds remaining.

It was Jones’ fifth interception this season contrasted with only two touchdowns. In just 16 career starts, the turnover prone QB has 17 interceptions and 21 fumbles. While seemingly possessing the physical tools to be a winning quarterback, Jones’ dubious decision making and ball security are cause for concern early in his pro journey.

“You can’t force the ball in those situations,” said Jones after the loss. “We just got to execute when we get down in scoring position. I think we’ve hurt ourselves in a lot of those situations. I have to be better and can’t afford negative plays, can’t afford penalties and just have to take advantage of the opportunities we have.”

The 23-year-old’s self-criticism is warranted. But Jones is only part of the problem afflicting the Giants’ impotent offense. Their star running back Saquon Barkley is out for the season after tearing his ACL against the Chicago Bears in Week 2, they lack a legitimate No. 1 receiver, and the offensive line has been unable to consistently pass protect or run block.

The offense has failed to score a TD in the past two games and are averaging a minuscule 11.75 points, the lowest in the 32-team NFL. Maybe if Judge and offensive coordinator Jason Garrett could motivate the unit to constructively battle the way wide receiver Golden Tate did with the Rams’ Jalen Ramsey at midfield after the game they’d experience a breakthrough.

The 32-year-old Tate, an 11-year pro in his second season with the Giants, got it in with Ramsey as the two traded blows resulting from a family feud. The 25-year-old three-time Pro Bowler has two children with Tate’s younger sister Breanna, but split up with her while she was pregnant with their second child. He then posted a photo of his new girlfriend on social media, an act Tate deemed disrespectful.

A verbal beef between the two Nashville, Tennessee area natives ensued and led to the altercation on Sunday. Tate and the Giants should have their focus trained on the struggling 1-3 Dallas Cowboys, who they face this Sunday on the road.