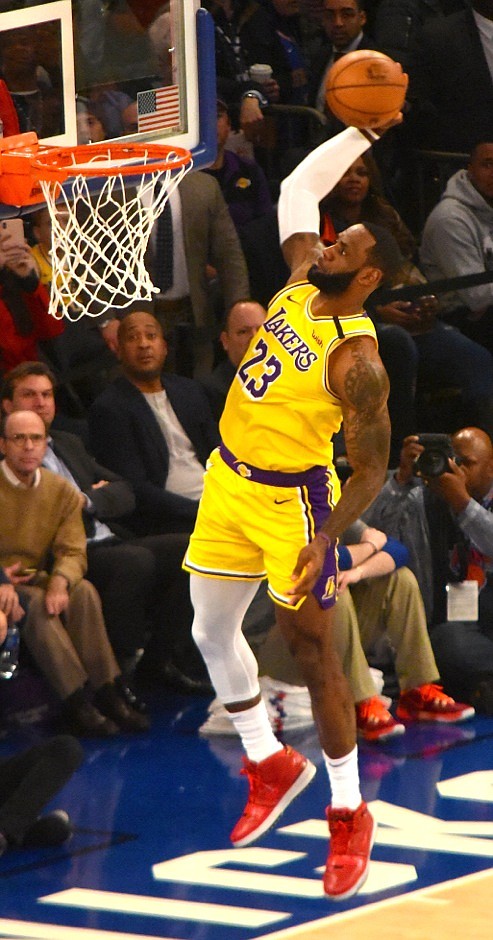 Tomorrow night could be the conclusion of the NBA’s 2019-2020 season. It was an arduous one that will always be remembered with an asterisk, representing the conditions of playing much of it in a nominal bubble.

The Lakers are up 3-1 in the best-of-seven series and can close it out in Game 5, raising the Larry O’Brien Trophy that’s awarded to the champion and look forward to the traditional ring ceremony when the new season begins.

Miami had every opportunity to tie the series in Game 4 on Tuesday night, Oct. 6, but with missed shots on offense and miscues on defense, it all fell apart at the end of the fourth quarter as they took a tough 102-96 loss.

Jimmy Butler, who amassed a 40 point triple-double with 11 assists and 13 rebounds in Game 3 Sunday night, needed to score more than the 22 points he had in Game 4. It was a solid effort from Butler, yet combined with rookie Tyler Herro’s 21 and the 15 points and seven rebounds from forward Bam Adebayo in his return after missing Game 3 with an injury, the Heat failed to generate enough offense to overcome the Lakers.

“The job is not done,” said three-time champion LeBron James, who won two of them with the Heat in 2012 and 2013. James led the Lakers with 28 points and 12 rebounds, while Anthony Davis added 22 points and 9 rebounds.

“They’re a really, really, really good team, and we’ve got to play damn near perfect to beat them,” said Butler. “We didn’t do that tonight.

“We’ll watch this, learn from it, but we can’t lose another one.”

They’ll have to watch the footage with intense purpose. Another loss by Miami will give the Lakers, the franchise with the second most titles, a tie with the Boston Celtics at 17.

As hard as it’s been for the Heat to win one game, they’ll now have to win the next three games to engineer an improbable comeback. They have a monumental task ahead of them.