Hill readies for ‘Battle of the Blades’ 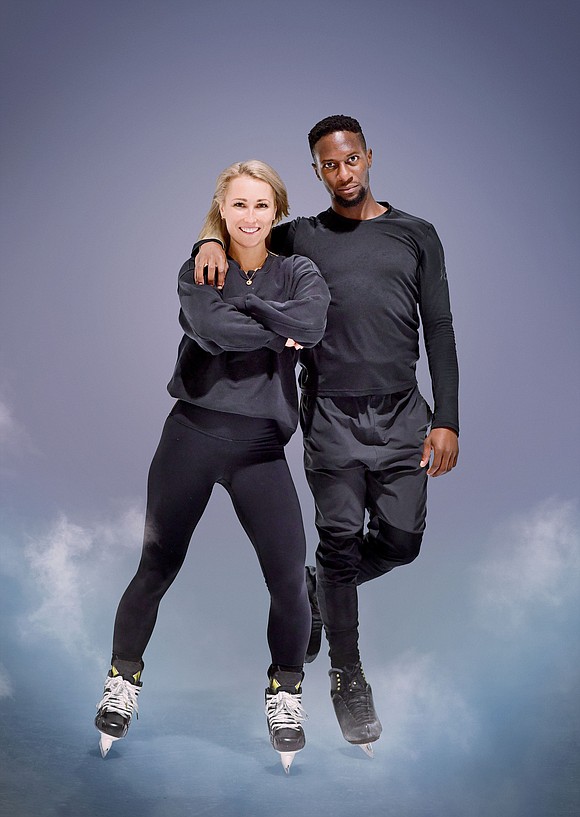 Despite extensive precautions due to COVID-19, the popular Canadian competition show Battle of the Blades (BOTB) has postponed its Oct. 15 premiere after a member of the production team tested positive. Insight Productions has temporarily halted training and pre-production to ensure the health and safety of the entire cast and crew.

The cast is remaining upbeat and looking forward to taking to the ice. While this is the first all-Canadian cast since season one, season six will have quite a bit of diversity. The show that pairs figure skaters with hockey players will have its most-ever female hockey players. In addition to former ice dancer Asher Hill, there are three other Black competitors, figure skater Vanessa James and hockey players Anthony Stewart and Akim Aliu.

Hill is partnering hockey player Jessica Campbell, and he said they’re a small but mighty team because at 5-foot-9 he’s the shortest man this season. Show creator Sandra Bezic told Hill and Campbell to be uniquely themselves.

A big part of “BOTB” is that all the competitors are earning money for a charity of their choice. Hill has chosen FreedomSchool Toronto, a youth- and parent-driven initiative for kids ages 8 to 12 that fights against anti-Black racism in the school system and advocates for creative educational alternatives for Black children.

“It gives parents and children of all colors and identities educational determinism,” said Hill, who has been outspoken about the racism he experienced in skating. “They have really cool programs. For example, they partner with the Kiki Ballroom Collective in Toronto [which provides opportunities for LGBTQ+POC youth]…teaching kids resistance through the arts.

“I wanted to think of what I could do in terms of creating the change and addressing racism in an effective way,” he added. “This school gives kids the tools, self-love and confidence to tackle the issues.”

In recent years, Hill, 29, has been working as a coach and choreographer. He also works with his sister, Acacia Hill, at the Brampton Hill Skating Academy, which serves young skaters of color. He is thrilled to not only perform, but skate for a cause much bigger than himself.

“My partner, Jessica Campbell, is 100% committed to trying anything and everything,” said Hill. “She has no qualms about being upside down. It’s interesting teaching a hockey player. I’m really loving the process of having fun with skating again and performing, which I love to do.”