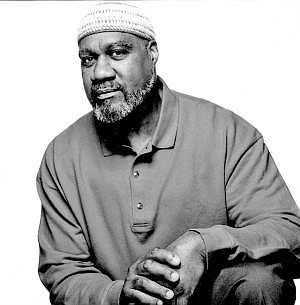 After being incarcerated half-a-century political prisoner-of-war, Jalil Abdul Muntaqim-68 (s/n Anthony Bottom) experienced physical freedom Oct. 7 for the first time since he was 19-years-old. Released from upstate New York’s Sullivan Correctional Facility, he was received by comrades and relatives, and is requesting privacy as he recovers from COVID-19, after contracting it in May. He’s the final Black Liberation Army activist to be freed of the trio convicted of the May 1971 Harlem murders of two cops.

The group Release Aging People in Prison (RAPP) said in a statement Muntaqim is “one of thousands of incarcerated older people in New York State who was repeatedly denied parole despite his excellent record. Let us hope that his release brings inspiration for more change.”

During Muntaqim’s Sept. 11 NYS Parole Board presentation he expressed remorse for the killings of the officers, describing it as “a misguided political act,” and stated, “I now take the ‘r’ off the word and make it ‘evolutionary.’ Revolution for me is the evolutionary process of building a higher level of consciousness in society at large. I’m an evolutionary revolutionary.”

On Sept. 22 Sullivan County Supreme Court Judge Stephan Schick ruled that, “Mr. Muntaqim may have gotten a 25-to-life sentence, but it wasn’t a death sentence,” in granting Muntaqim’s release after 12 failed attempts since 1996. Adding that like thousands of other elderly inmates, he poses the very lowest risk of recidivism.

The next day the PBA issued a statement opposing the decision: “We are furious with the cowards and lunatics who claim to lead this state. They have chosen to stand with the murderers, cold-blooded assassins and radicals bent on overthrowing our society.”

Investigators claim Muntaqim, Herman Bell and Albert (Nuh) Washington murdered NYPD cops Waverly Jones and Joseph Piagentini by Harlem’s Colonial Park Houses [Rangel Houses] late May 21, 1971 after luring them there with a bogus emergency call. They were eventually captured and convicted of two counts of first-degree murder then sentenced to 25-years-to-life.

While incarcerated he acquired college degrees and mentored many inmates in achieving the same. Washington perished in prison in 2000. Bell was parole in April 2018.

In 2009, Waverly Jones Jr. urged the parole board to grant Muntaqim’s freedom: “I have studied the history of that time and have come to know that it was a time of great social upheaval. It simply serves no purpose to keep Mr. Bottom in jail after all of this time.”

RAPP’s Jose Saldaña, 69, formerly incarcerated with Muntaqim, advocated: “I found him to be one of the exceptional mentors within the New York state prison system. Human beings transform their thinking and their behavior.”

Muntaqim noted: “I think of going home and being with my kids, you know, getting back to the community, want to have my own home.”

His 86-year-old mother, Billie Brown, concludes, “He has a safe home to go to, where he has his own bedroom and bathroom, with friends in Rochester,” she said. “I’m just devastated, it’s such an injustice.” (www.thejerichomovement.com)