Let's applaud the unsung heroes of the pandemic 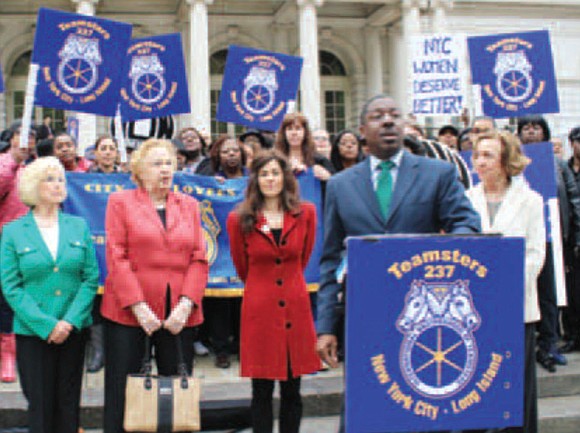 Flowers are no longer in bloom. The leaves are falling to the ground. And although the season may have changed, the horrors and hardships of the pandemic crisis have not. Its brutality continues to cost lives and livelihoods. It robs children of learning and playing with their friends. It instills a sense of fear and prohibits many from receiving needed medical care. The pandemic has placed hunger, homelessness and hopelessness in the spotlight in a way that we have not seen for decades. It has also exposed the raw nerve of racial disparity which many thought––or hoped or pretended––was in America’s rearview mirror. Clearly, it is not.

The cause of this excessive and on-going human suffering is complex and partisan and the topic of many TV “talking heads,” political pundits, elected officials, health care experts, and media gurus––each with a “blame-game” hypothesis they are eager to share. Despite differing views, there is a general consensus that national leadership is lacking.

But even without that leadership, there is one place that does shine through….where decisive, swift and compassionate action to help others was on display from the onset of his horrendous assault on our population––and continues to be evident: the American union workforce. Especially, municipal workers, including the members of Local 237. They are essential workers because their work is vital to everyone’s health and well-being. They make daily life possible. They come to work despite the fact that although seven months into this crisis, the Occupational Safety and Health Administration (OSHA) has yet to put into place mandatory safety standards and guidelines. But, to keep this in proper perspective and according to a recent news report, 90% of American workers are not even represented by a union. And, essential workers, nationwide, earn less than $20 per hour. Plus, Black workers are twice as likely to be punished if they complain about safety conditions. This begs the question: What, if anything, has made up for this deficit? Historically, unions have been at the forefront of protecting working families in times of crisis and in more normal times. Today’s fight is for PPE and heroes’ compensation. From the 1880s, union activists have fought––and won––on abuses of workers’ hours, pay, health benefits and safety conditions. The examples of labor’s victories are everywhere. In New York City, for example, School Safety Agents, who long suffered pay disparity with titles performing similar functions, won an historic settlement in a gender-based class-action lawsuit against the City of New York brought by Local 237. We argued that it was no coincidence that 70% of School Safety Agents are women––mostly Blacks and Latinas––and about 70% of the higher paid workers are male. Over the four years of the litigation, Local 237 pulled out all stops, with countless rallies and many high-profile supporters, including Hazel Dukes, the president of the New York State Chapter of the NAACP and Sonia Ossorio, president of the NYC Chapter of NOW. One rally featured Lilly Ledbetter. Ledbetter, an Alabama resident and area manager for Goodyear Tire & Rubber Co.’s Gadsden plant, became the face of the equal pay for equal work movement when she filed a sex discrimination lawsuit against Goodyear in 1998 following her retirement and months after an anonymous colleague slipped her a note indicating that she was being paid less than her male colleagues. The case made its way to the U.S. Supreme Court, where in 2006 the Court ruled in a 5-4 decision against Ledbetter because she did not file her suit within 180 days of her first paycheck. Ledbetter held a special place in Justice Ruth Bader Ginsburg’s heart and, in a rare move, Justice Ginsberg read aloud her forceful dissenting opinion in the case, saying the majority ordered a “cramped interpretation” of the 180-day rule by deciding that each paycheck Ledbetter received wiped the slate clean for the discriminatory conduct. In her dissent, Ginsburg also told Congress, “the ball is in your court” to change the law and prevent other Lilly Ledbetters. Within 18 months, a bipartisan Congress passed the Lilly Ledbetter Act––the first piece of legislation signed by President Obama, who called Ginsburg, “a warrior for gender equality who inspired the generations who followed her, from the tiniest trick-or-treaters to law students burning the midnight oil to the most powerful leaders in the land.” The recently deceased Justice Ginsburg was a trailblazer, in both life and death––with 45 years fighting for equal justice that included 483 decisions, being the first woman and Jew to lie in state in the Capitol. She was, herself, the victim of workplace discrimination early in her career. Although graduating at the top of her class at Columbia Law School in 1959, she could not find a job––no law firm was willing to hire her. The magnitude of her legal legacy cannot be overstated, and in many ways impacted Local 237. At one rally, Lilly told a crowd: “I’ve lived what you’re going through. It’s not only illegal, it’s immoral. It’s not just women, it’s families that suffer. Retirement and Social Security are shortchanged. You can’t catch up.”

So, in this painful time of heartbreak and hardship, the question of “What do we do now?” is not just an academic exercise, but a call to action to find a practical, meaningful way to move on. This question is examined by journalist Charles Blow who wrote, “When Good People Don’t Act, Evil Reigns.” Referencing some of the world’s worst episodes in history like the Holocaust or the genocide in Rwanda, Blow asks: “How did life simply go on with a horror in their midst?” The conclusion that Blow reaches is that “If you don’t complain, you condone. He says. fight, vote, email, post. Do all you can to stand up for the vulnerable, for the oppressed, for the planet itself.” Blow also warned: “Don’t let history record this moment as it recorded too many others. A time when good people did too little to confront wickedness and disaster.” He ends his plea by quoting the philosopher, Edmund Burke, who wrote in 1770, in his “Thoughts on the Cause of the Present Discontent,” “The only thing necessary for the triumph of evil is for good men to do nothing.” The good men and women of New York City’s municipal workforce are examples of heeding the warnings of Blow and Burke. They have hung-in where many have just hung-out. They have made a difference in this scary, unchartered time. In their own way, they are the unsung heroes of the pandemic. We applaud them.

Gregory Floyd is president, Teamsters Local 237 and vice president at-large on the general board of the International Brotherhood of Teamsters.