Until justice is served––in remembrance of Breonna Taylor 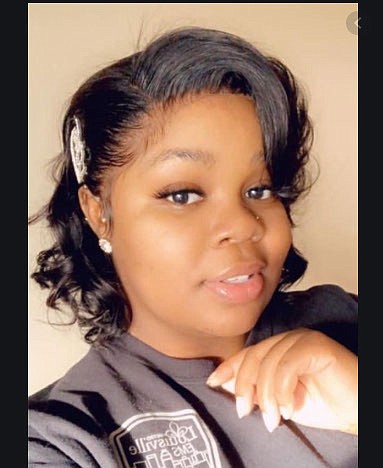 It was a beautiful autumn day Saturday, Oct. 3 as community members gathered to pay tribute to Breonna Taylor and other victims of police brutality for a program called “Until Justice Is Served.” The fatal incident that claimed 26 year old Breonna Taylor’s life is a horrific and all too often occurrence in communities around the country. This time in Louisville, Kentucky it was the result of an errant and misguided execution of a no-knock warrant by police.

The white walls of the Kente Royal Gallery in Harlem is customarily filled with various forms of artistic expression including paintings, photography and recently detailed storied quilts. The walls now contained lists and more lists of names of men, women and youth who live only in the memory of family, friends and neighbors. In the majority of these life-changing situations, those who are supposed to protect and serve have not been arrested, charged, disciplined or prosecuted in accordance with the violent acts they have perpetrated.

Attendees were invited to add the name or names of their choice of whom they wished to be remembered. One could see individuals standing motionless and facing the walls while deep in thought before raising the black marker tip with sadness, empathy and righteous anger.

Through the gallery’s welcoming doors came folks who just happened to be passing by, as well as invited guests and talented creative artists. Among them Mbemba Bangoura, master drummer and choreographer, poet Mama D and musician Ken Taylor. Katherine

Nichson––honored on a prior occasion which celebrated her 100th birthday––was also in attendance.

The Double Dutch Dreamz hit the sidewalk with neighborhood children teaching them the ropes as part of their Jumping for Justice initiative. They chanted Say Her Name with the enthusiasm of the kitchenware pots and pans that echoed throughout the city in honor the essential workers who frontlined during the coronavirus which continues to spread.

Joining in and turning the ropes was New York State Assembly Member Inez Dickens wearing a big smile that reflected her joy of fun times back in the day. Inside the gathering Assemblywoman Dickens spoke about the importance of the upcoming election and the census and all that is at stake. Voter registration literature as well as absentee forms were made available for sharing.

A sixth grader named Binta was so spontaneously moved she anxiously sought a charger for her cellphone and read an essay on injustice much to the appreciation of everyone for the depth of content for one so young.

Kente Royal Gallery’s Dodgi Gbedmah shared his vision and mission to continue inviting community for events with impact that at the same time recognize the importance of art.

The tribute to Breonna Taylor and others whose lives more than matter is a commitment to affirm that and Say Here Name!