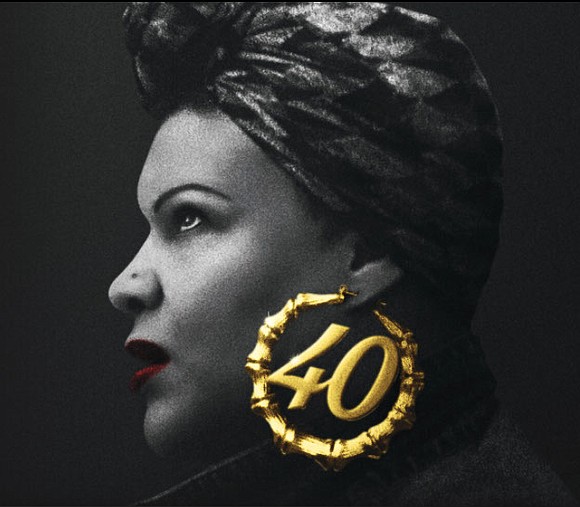 I love Radha Blank’s semi-autobiographical comedy, “The 40-Year-Old Version,” now playing on Netflix. She dares and goes there and back. The movie made me smile and pause and cheer for the sheer will that Blank has demonstrated on getting her voice out there and on the No. 1 streaming platform in the world.

The movie is about the character “Radha Blank,” a Harlem-based playwright who faces most of the same slippery struggles and consistent setbacks as her creator. To make ends meet Radha teaches, not what she envisioned a decade before when she earned a promising “30 Under 30” award, and her drama students feel the disappointment in her career trajectory, with one spirited female student pulling her life apart in rhyme. But it worked because a fire was restarted in Radha. She remembered that in college she not only rhymed but she battled and won.

Using the old advice, which is to write what you know, she pushes into asking and answering the question: Is the world ready for the 40-year-old version?

The answer is yes. Writer-director Blank did not come to play. She’s entertaining and educating all to a beat that makes a full mic-drop of an indie movie. The film is shot in expressionistic black and white, giving a nod to Oscar winner Spike Lee’s classic “She’s Gotta Have It.” Blank presents an authentic and brutally honest feature.

I want more. She knows the chilling impact of being ignored despite being gifted. She’s representing all of us, in a way, us folks of color that have just as much talent (often, much more since most white people fail up) as white artists.

She blasts about the “isms” that break our hearts; racism and sexism all form Blank’s very informed point-of-view. Her courage isn’t something we don’t understand or possess ourselves. We celebrate our sister here for getting her film made, for getting her voice heard for smashing the tremendous obstacle.

She’s paid her dues, and with the help of producer Lena Waithe the film got made. Hollywood sisterhood in action—that’s progress and that’s a positive change.

Blank is a Brooklyn Queen and has been in the theater world long enough to know how white producers think the African American stories should be told. Her passionate manager/gay BFF Archie (Peter Y. Kim) is loyal and makes her journey better for it.

Yearning for the beat, Radha connects with a Brownsville DJ named D (Oswin Benjamin) about producing her mixtape. He agrees and the first track she records, “Poverty Porn,” tears asunder most of the clichés that white gatekeepers (Hollywood/Broadway) keep tossing at us with their “notes” to make our work more “authentic” (like they would know). One stance goes like this: “No happy Blacks in the plotlines, please / but a crane shot of Big Momma crying on her knees / for her dead son, the b-ball star, who almost made it out. / Sounds f—ed up enough to gain my film some capital.”

Sick, right? No good drama is truly good without trials and tribulations. On her first try, she is humiliated at an open-mic night, in front of her students and manager, Archie, who later advises her to pull her latest play, “Harlem Ave.,” out of underfunded black theater space and pitch it (again) to Whitman.

Radha is a proud woman and asking for help, finding herself falling into a passive stance trying to appease the white men in power, makes her cringe. Her secret weapon is comedy and she is a superheroine. Her timing is impeccable, and her body language is sublime.

As a writer, she’s swift using her smarts to tickle the funny bone and educate the masses on the political subtext.

At 129 minutes it can be argued that the film is too long. Not when I am snuggled up in my apartment (thank you, COVID-19) and watching on Netflix. Besides, Blank has a lot to say and we are listening, paying close attention to make sure we don’t miss a gem.

Blank knows what the 40-year-old point of view looks and sounds like. As a director, she did it herself (kudos, applause, please) and as for her age (40) who cares, she did it and you can do it too.