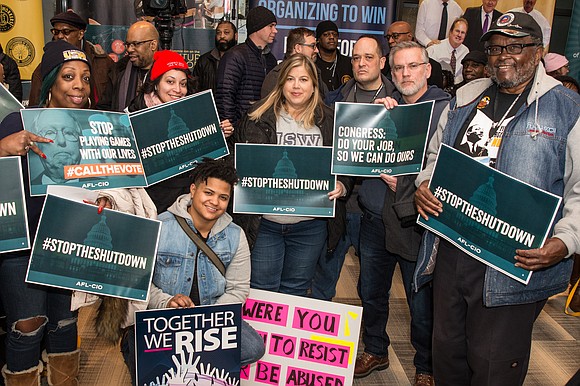 The AFL-CIO released a report this week chronicling how much they think workers have suffered under President Donald Trump.

“Death on the Job: The Toll of Neglect” presents data showing how the current administration’s failure to act in the past has been a main contributor to the gravity of the current public health crisis.

During a video press conference, AFL-CIO President Richard Trumka blamed the health crisis on Trump and his administration’s weakening and rollbacks of regulations on top of his resource cuts to the Occupational Safety and Health Administration.

“This report shows the tremendous neglect by the Trump administration, since day one in office, to ensure that working people are safe on the job,” said Trumka. “For nearly four years, President Trump has downplayed the role of safety agencies tasked with protecting workers and let corporate profit, rather than science, influence the protections we need to keep us safe from this disastrous pandemic. Now hardworking families are paying the price. We all deserve the best protections available. It is time to change course. Our lives and the future of the country depend on it.”

Last week, President Donald Trump told U.S. Senate Majority Leader Mitch McConnell to end all negotiations over a revised Health and Economic Recovery Omnibus Emergency Solutions (HEROES) Act despite Democrats and Republicans finally agreeing on the framework for the bill. Before that news broke, Trumka called for McConnell to pass the HEROES Act, which would include national workplace safety standards during the pandemic.

“The data shows how ill-prepared the country was for the pandemic,” said Trumka. “This was a crisis in the making. There were warning signs everywhere, yet the Trump administration decided to ignore them and put everyone in harm’s way.

“And while every day thousands of workers continue to be infected with COVID-19, Senate Majority Leader Mitch McConnell keeps playing politics instead of taking action to prevent these tragedies.”