Caple works to increase diversity and inclusion in college sports 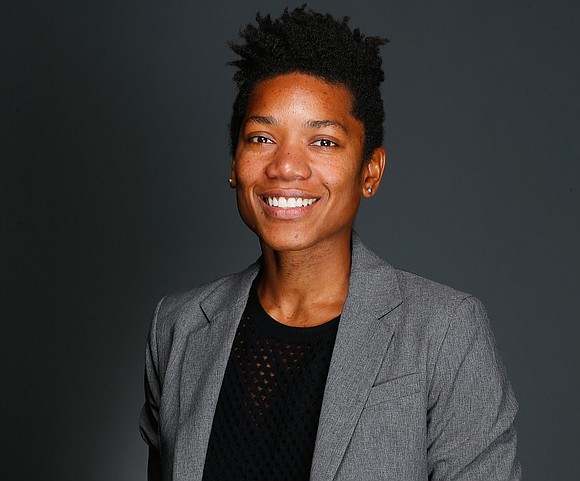 Launched earlier this month, several college and university athletic programs are already accessing Return on Inclusion (ROI), a program designed to create a welcoming and inclusive environment for student-athletes. Founded by Nevin Caple, a former collegiate athlete who has become a leading consultant on diversity, equity and inclusion in sport, ROI is divided into six self-paced online modules.

“ROI is an online learning platform that is specifically geared toward athletic professionals—coaches, athletic administrators, support staff, anybody who works with student-athletes,” said Caple. The ROI advisory board includes leaders in intercollegiate athletics, including Clyde Doughty Jr., the vice president of athletics & recreation at Bowie State University, and Jacqie McWilliams, commissioner of the CIAA conference.

“For so long, [student-athletes] were kind of held back because we felt like we needed to wait for the coaches or athletic administrators to give permission. Now, you see student-athletes recognizing their own value, their worth,” said Caple. “I really want to support and encourage the coaches, administrators, trainers, facilities folks, who are really trying to seek these opportunities to be more supportive of their student-athletes.”

ROI was already in the works when student-athletes began speaking out around the death of George Floyd. Many coaches and administrators desirous of supporting their student-athletes reached out to Caple for guidance on how to do it. ROI addresses the nuanced needs of an athletic department.

“The whole idea is to develop inclusive leadership, be able to standardize learning and raise the social and cultural competence of athletic professionals,” said Caple. “Most coaches and administrators want to be socially and culturally competent, but we can’t expect them to just show up knowing what to do. It’s a learned skill set that requires training.

“When I think of my work leading up to this point, much of it was spent on campuses teaching coaches and administrators how to create these more welcoming and inclusive athletic departments,” she added. “About two years ago I began conceptualizing ways to maximize my reach and support each and every institution that was requesting support.”

“We surveyed over 300 coaches and administrators in college athletics before we identified these areas as the greatest priorities,” said Caple. “These modules are directly informed by the community we’re supporting. We want to make sure we provide the information that’s being requested in real time.”