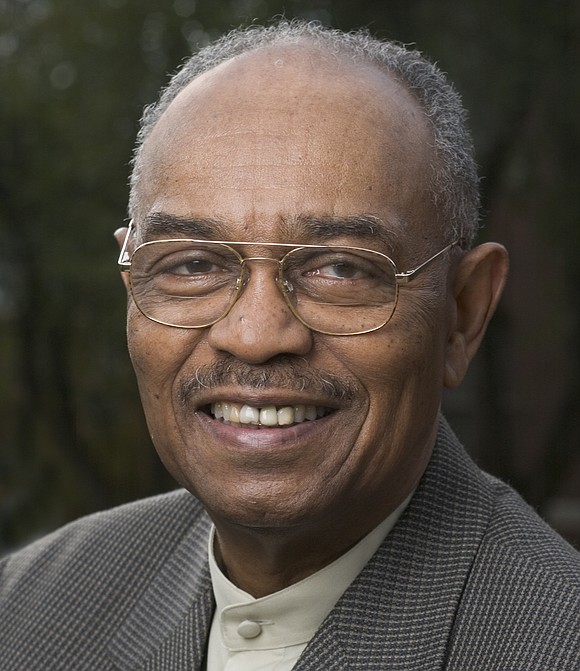 Last week at the University of Massachusetts Fine Arts Center a centenary tribute for Dr. Yusef Lateef (1920-2013) was a multidimensional event, including musical performances, reflections, videos, and other artistic presentations in keeping with Lateef’s enormously creative life.

Among those with recollections on Lateef’s life was Dr. Frederick Tillis, and the interview with him was both timely and rewarding since he died May 3 and for many years was an administrative fixture at UMass in significant and so many unforgettable ways, most notably as director of the Fine Arts Center.

Tillis was born in Galveston, Texas January 5, 1930.He was raised by his mother, Zelma Bernice Gardner and his stepfather, General Gardner, as well as his maternal grandparents, Willie Tillis and Jessie Tillis-Hubbard. His first musical impressions were delivered by his mother who played piano and sang to him. At George Washington Carver Elementary School, he was a member of the school’s drum and bugle corps. But soon chose the trumpet and displayed a proficiency enough by 12 to earn a spot in local jazz bands, where he was affectionately called “Baby Tillis.”

Having conquered the more difficult lessons on trumpet, he switched to the saxophone at the suggestion of Fleming Huff, the band director at Central Side High School. After high school where he excelled, he accepted a music scholarship at Wiley College, thereby becoming the first in his family to attend college. He was an outstanding student at Wiley and upon graduation in 1949 was appointed the college’s band director.

Two years later, having married Louise, also a music major, he moved to Iowa to complete his graduate courses in music. This was the time of the Korean War and he volunteered in the U.S. Air Force where, subsequently, he became director of the 356th Air Force Band. Upon his departure from service, with the support of the GI Bill, he enrolled at the University of North Texas College of Music to begin pursuit of his Ph.D. that was completed at the University of Iowa in 1963. He began teaching at Grambling University a year later.

From 1964 to 1970, Tillis taught at several universities until Phil Bezanson, his instructor at the University of Iowa, recruited him to teach at the University of Massachusetts at Amherst. This move proved very providential for him and he established a number of programs and studies at the institution, greatly enhancing the music curriculum. In 1978, he was appointed the director of the Fine Arts Center, where he was the chief innovator of the Jazz and Afro-American Music Studies Program. Although Jazz Studies was his principal program, he initiated so many other programs at the Center, including the New World Theater, and the Asian Arts and Culture Program.

When he wasn’t overwhelmed with administrative duties, he spent time composing what eventually included more than a hundred compositions for the piano, voice, orchestra and chorus, and chamber music works in the African American spiritual tradition. The walls of his office and home were decorated with a few of the numerous awards and citations. And, of course, there were the many concert and performance dates he was requested to fill.

Not only was he present at most of the events at the Center, he helped to curate and orchestrate major presentations. When Dr. Stephanie Shonekan, the director of the W.E.B Du Bois Department of African American Studies, staged a symposium for the legendary drummer Max Roach last year, Tillis was right there in the front row, and later shared some memories of those days with the great drummer. In fact, he composed several pieces for Roach, including “A Festival Journey” in 1992 and “Ring Shout Concerto” in 1974.

During an interview with a UMass archivist, Tillis recounted his musical career, citing that his “catalog includes more than 125 compositions and commissions, spanning both jazz and classical European traditions in orchestral, jazz, instrumental, choral, chamber music and vocal works. Melodic and harmonic textures reflect elements of various music of the world, including Asian and Western cultures, and my ethnic and cultural background. My music is performed nationally and abroad. Among my commissioned compositions is, ‘A Symphony of Songs,’ a choral and orchestral work based on poems by Wallace Stevens and commissioned by the Hartford Chorale, Inc. in 1999.”

He traveled extensively, visiting Mexico, Japan, and nearly every major European country. On one of his visits to the University of Fort Hare in South Africa, he established a jazz study program and his trip to Japan included his brief tenure as a Master Artist in Residence at the Akiyoshidai International Art Village in Yamaguchi. “I also conducted a three-week residency on behalf of the United States Information Agency at Chulalongkorn University in Bangkok, Thailand in 1991 to help the school establish a major in jazz,” he told a reporter.

As a poet, he published more than a dozen books and “Harlem Echoes,” and “Akiyoshidai Diary,” are just two of his works.

Given his versatility, he may have unintentionally sacrificed a total commitment to one particular field of endeavor, but in 1997, Tillis said he had no regrets about choosing to combine teaching with his music, instead of following many of his contemporaries and becoming a full-time musician and performer.

“I would probably be much less comfortable with what I’ve accomplished,” he said. He also said that in his time at UMass, he was most proud of helping shape the Fine Arts Center into a vibrant showcase for the arts from around the world. Art is so important to the life of human beings,” he said. “I feel I’ve been fortunate to have the opportunities to share with others the importance of art to humanity.”