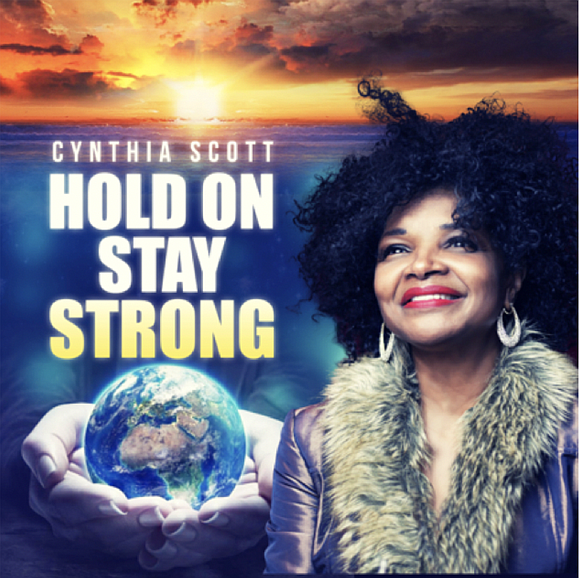 The last time jazz musicians came out in full force to support a presidential candidate was Oct. 12, 2012, Jazz for Obama. That concert of course was held live with a standing room only audience at Manhattan’s Symphony Space. For the Biden/Harris 2020 benefit an outstanding roster of jazz musicians will come out again for Jazz for America Oct. 15; this time it will be a virtual concert streaming. The Jazz for America outdoor concert was filmed live on stage at City Winery in Hudson Valley, N.Y. and will air at a time to be announced. Tickets start at $50.

Jazz for America is the fifth in the series of election-cycle concerts produced by the Jazz for America’s Future team dating back to 2004. In addition to raising significant funds for the Democratic Party presidential nominee, they bring masters of the art together across generations to create improvised music for an array of varied people who may not be connected by jazz but by a political connection. This year’s event is much more crucial than the previous events. The reelection of President Obama was a historical and cultural statement. This year’s election is a matter of holding onto democracy as we know it; even with its inadequacies it will be better than the America the Red Baron President is attempting to form with his lies, deceitfulness, race baiting and separatism. The artists participating feel just as strongly and will use their instruments to demonstrate their feelings and significance of the upcoming election. Not to mention the rarity of sharing an outdoor stage together during this ongoing pandemic.

Eli Yamin, a jazz and blues pianist, composer, singer, producer and educator, will be performing from his home in New York City, celebrating the 103rd birthday of Thelonious Monk, born Oct. 10, 1917. The same year his piano was built in the Steinway Factory in Queens. His first ticketed live stream solo concert will be presented by the Global Music Foundation Oct. 16 at 3 p.m.

With so much going on and his daily commitment to young people in the arts program, Yamin rarely gets an opportunity to perform solo or with groups. Raised in the bands of jazz masters Walter Perkins, Illinois Jacquet and Barry Harris, Yamin is looking forward to this solo livestream. “Thelonious Monk is one of my favorite pianists and having worked with Barry Harris, a personal friend and teacher of Monk, makes it even more special for me to honor him.”

Tickets can be purchased on the Global Music Foundation website.

The concerts will be live on Zoom.

Smoke Jazz and Supper Club, the small intimate space located on Manhattan’s upper west side, was rather tardy in its effort to get into the live-streaming game, but now they are in knee-deep with some great musicians on the streaming circuit.

The “Smoke Screen” series launched in July is now swinging harder than a big band in the 1940s. The month of October will present the Peter Bernstein Quartet with Sullivan Fortner (Oct. 16-17) celebrating the release of his new album on the Smoke Sessions label, “What Comes Next,” George Cables Quartet (Oct. 23-24), and Buster Williams “Something More” Quartet (Oct. 30-31). The legendary bassist Williams has played with everyone from the Herbie Hancock sextet to Miles Davis and was the bassist of choice for such vocalists as Shirley Horn, Betty Carter, Jonathan Schwartz, Carmen McRae and Nnenna Freelon.

In the midst of this ongoing COVID-19 virus, Smoke remains dedicated to our warrior jazz musicians and its audiences to keep the music flowing. We would all give anything to spend time in Smoke listening to those hip sounds and hanging out with the musicians during their break.

“Smoke Screens is our attempt to bring the intimacy and excitement of Smoke into living rooms as our streaming audience can see and feel the music they love,” said Smoke owner Paul Stache.

Cynthia Scott is known for her sassy bluesy vocals swinging with a breezy backbeat but being moved by the COVID-19 pandemic she felt obligated to change her tune. “Hold On Stay Strong” (Ttocs Records) is one of the tunes she was recording for a future album called “Hear It For Yourself” that was still in studio production when the pandemic hit New York with a vengeance.

Scott decided to release the song now as a single, completing it via the internet. Her motivation came from a conviction, deep inside, that hopefully the song will relieve some of the pain and confusion we are all feeling and for all the people on the frontlines during this pandemic all over the world.

During a recent telephone interview Scott noted, “The song was composed out of a sense of urgency and the tempo of the song would need to reflect that. It is positive, the lyrics are poignant and the sentiment is heartfelt. And for all of us sheltering in or not, it could also be a chant.”

She goes on to say, “The song is part prayer, part invocation and part musical therapy to give us ALL strength and a mantra to keep our heads while dealing and surviving through this COVID -19 virus and all of its ramifications. We have reached over 100,000 deaths from the virus and still millions suffering from its effects.”

Most importantly the song is dedicated to all the health and service workers globally, for us afraid in our homes and for the people in the ambulances on their way to the hospital that were heard almost non-stop outside her window in New York City.

“The music supports our human capacity to deal with adversity and gives us an uplifting message to ‘Hold On and Stay Strong’ (repeat after me) as we all navigate these very hard trying times,” states Scott.

The theme for the next few weeks is VOTE VOTE VOTE…LIVES are at risk. If you need to assist someone in getting to the poles don’t hesitate.