LeBron James could get what he wants, but not just yet 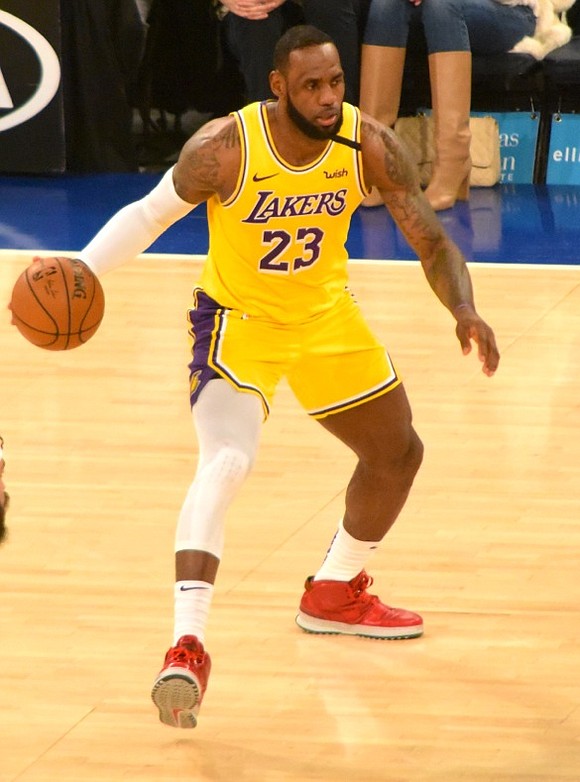 The quote, “Respect is earned, not given,” has been credited to several people. It is associated with the character Don Vito Corleone in the classic movie “The Godfather.”

Whoever it was, let it be conveyed to LeBron James who is now demanding respect the way he insists to the refs that he’s been fouled on every play.

“I told [Lakers owner] Jeanie [Buss] when I came here, I was going to put this franchise back in the position that it belongs,” said James after the Lakers defeated the Miami Heat 106-93 in Game 6 of the NBA Finals on Sunday night to capture the NBA title 4-2.

He now has four championships and four Finals MVPs in his 17-year career. Earning the latter award he dropped 28 points, 14 rebounds and 10 assists in the closeout game.

Give the Lakers credit. They were the last team standing in an NBA season that was the longest ever in league history due the COVID-19 pandemic. It was a 2019-2020 season that saw beloved former NBA commissioner David Stern pass away, and the tragic deaths of NBA great Kobe Bryant and his 13-year-old daughter Gianna in a helicopter crash in January.

It was a season when NBA players and other professional athletes took a stand, found their voice and fought along with fans against racial injustice. It became the theme of the extended season that was played in a bubble at the ESPN Wide World of Sports Complex near Orlando, Florida.

There were sacrifices made at every level, professionally and socially, to complete the NBA season that was halted in mid-March.

The postseason was even interrupted, coming close to shutting down after another unnecessary shooting of an unarmed Black person, Jacob Blake, by police in Wisconsin.

The Lakers and the other participating teams were able to work through their feelings of frustration, further organizing and finding ways to address injustices, including a movement to register voters and combat voter suppression.

Being confined to a bubble also contributed to players’ frustrations. It took players out of their comfort zone, away from their friends and family, the life and regimen they were accustomed to. Some players opted out; they chose not to play in the bubble.

Bubble or no bubble, the Lakers seized the opportunity and won the franchise’s 17th championship, tying them with the Boston Celtics for the most ever. It was their first since 2010, when they were led by Bryant. The Lakers also added their 32nd conference title. Lakers guard Rajon Rondo has been a champion in both uniforms, winning the 2009 championship with the Celtics.

Although James wants GOAT status, in regards to chips, he still stands behind Kareem Abdul Jabbar (6), Bryant (5) and Magic Johnson (5). Michael Jordan, recognized in the modern era as the greatest who has ever played, was 6-0 in the Finals with six Finals MVPs. He was undefeated in conference finals. And then there is Bill Russell with 11 titles. It’s acknowledged that James is great, respected, but he’s not the greatest yet.