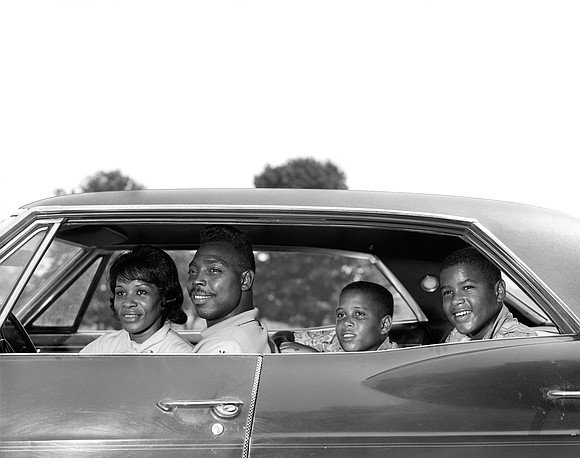 America’s literary canon contains a number of books inspired by the potent combination of the automobile, the interstate highway system, and an advertising industry wildly successful at equating cars with status, freedom, virility, rebellion and endless possibility.

Road novels such as Jack Kerouac’s “On the Road” and Tom Wolfe’s “The Electric Kool-Aid Acid Test,” written by white men, embody that spirit of eager abandon.

Among Black American literary authors, though they’ve been publishing books since the 18th century, there isn’t a tradition of the road novel. Driving instead lent itself to a different literary niche, if you will, for Black Americans: the travel guide that burst with caution even as it stoked anticipation.

In the pre-Civil Rights era, Black Americans driving America’s backroads, main streets or its network of 150,000-plus miles of asphalt and concrete that make up the U.S. highway system clung to guides to help them simultaneously find rest, relaxation and recreation and to avoid humiliation, peril and murder.

Beginning in the 1930’s, Smith’s Tourist Guide, The Bronze American and others were published, attempting to address the unique needs of Black travelers. The Negro Motorist Green Book was most popular.

Based on the book by historian Gretchen Sorin, the now-streaming PBS documentary “Driving While Black,” highlights the basis for these divergent views of the mythic “American Road” between whites and Blacks.

Sorin in an interview with Amsterdam News revealed writing the book created an epiphany. “It really became for me a journey of self discovery to understand my parents.”

She came to realize her parents’ traveling habits that seemed almost counterintuitive, such as leaving in the middle of the night or never stopping anywhere, were strategies for staying safe as they traversed a nation that liked keeping Blacks “in their place,” i.e away from white neighborhoods.

She also knew a book, as exhaustively researched as it was, wasn’t enough. The story had to be told visually as well. “I wanted it to be a film, so I approached [filmmaker] Ric Burns.”

Sorin appears, along with a plenitude of historians and journalists, tracing the myriad ways Black travel, by its nature, invites white supremacy’s fury. The film details the mechanisms Black Americans used to circumvent it.

Beginning with the presence of slave patrols, “Driving While Black” explains that whites were conditioned by a white supremacist system to monitor Black peoples’ mobility. They were made to “feel obligated to police Black people’s mobility,” explains Sorin. That compulsion became an albatross weighing on Black American life long after the end of chattel slavery.

Invented during the height of the Jim Crow era, Black Americans wholeheartedly embraced the automobile at the outset as a means of escaping the daily humiliations of segregated public transportation. The car also provided mode of fleeing the existential terror wrought by the Ku Klux Klan and other white supremacists in the South. “Driving While Black” graphically illustrates how the spikes in departures from southern towns would coincide with incidents of lynching.

Access to automobiles also substantially bolstered the success of the Civil Rights Movement of the ’50s and ’60s, Sorin explains. Of the historic 381 day Montgomery bus boycott says Sorin, “It was a fleet of cars as well as the private automobiles and the private black taxis that made it possible for people to go to work and not lose their jobs.”

Further, access to cars allowed Black people to go to different cities to participate in marches. “All the contracts for the airport went to the white cab company. White cabs wouldn’t pick up Black passengers, so the only way to get from the airport to the hotel was to rent a car.”

People being able to drive sustained the extensive network of businesses that catered to Black travelers such as restaurants, boarding houses and resorts. Cars also took middle class Blacks to luxury hotels like Cleveland’s Majestic Hotel or the Hampton Hotel in Miami, where boxing legend Muhammad Ali celebrated with Malcolm X and others after his historic win against Sonny Liston, an event now dramatized in Regina King’s directorial debut, “One Night in Miami.”

“Driving While Black” also staunchly implicates the North, for years falsely contrasted with the South as an example of racial tolerance. Thousands of sundown towns existed in places like Oak Park, Ill., hometown of iconic architect Frank Lloyd Wright, and Manitowoc, Wis., now infamous for the setting of the murder case depicted in the Netflix documentary “Making A Murder.” As strikingly depicted recently in “Lovecraft Country,” Black travelers had to be out of those towns by sundown by any means necessary, or risk losing their lives.

Even things so seemingly anodyne as road signs caused trauma for Black drivers. Signage, both local and on highways, could imply racial violence, or make it plain Black patronage wasn’t welcome.

Other types of signs created a different type of psychic damage. Advertisements bombarded Black drivers with stereotypical images of Blacks.

Ultimately, “Driving While Black” with its plethora of archival photos and video footage, home movies, news footage, and interviews with a procession of historians, shows us that “driving while Black” is really metonymic. Driving is a symbol of the policing of Black people that happens at all stages of existence. As Amsterdam News journalist Herb Boyd, who appears in the film, states, “It’s really ‘living while Black.’”