A vote for African American survival 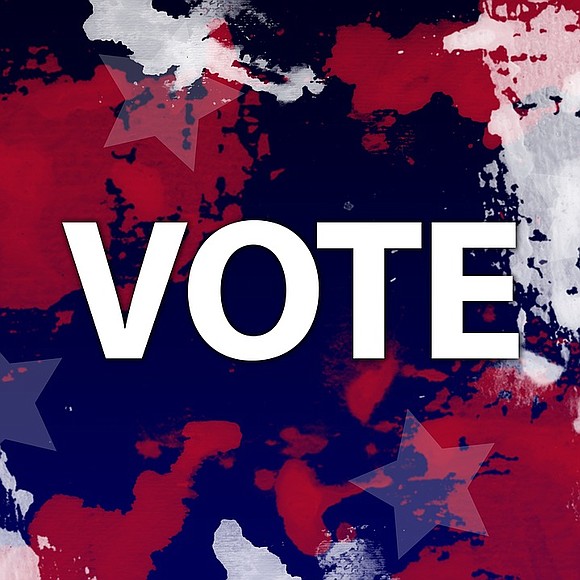 In mid-December 2016, president-elect Donald J. Trump, speaking before global television at a rally in Grand Rapids Michigan, thanked African Americans for not voting in the recent election. He suggested that those who had stayed at home were “almost as good” as those who had cast ballots for him. In a sense, he confirmed the Republican strategy to disillusion the Black community, making it skeptical of supporting democrat Hillary Clinton. All along, the conservative objective had not been to win Black votes, but to fool African Americans into thinking their ballots did not matter. When they failed to turn out at the polls, their rights were effectively erased. Despite the bizarre claims, Trump says truthfully (a rarity for him) that a sparsity of Black votes helped him during the election. Today, in 2020, voters in Milwaukee, Wisconsin and Philadelphia, Pa. may determine whether the United States will endure as a democratic republic. And now African Americans must have a decisive voice.

First, they must remember the last century. As the Harvard philosopher George Santayana once said, “Those who do not understand history are condemned to repeat it.” Second, African Americans must now complete their cultural benedictions for those who died tragically during the last three generations. Even though civil rights activists such as Medgar Evers, Michael Schwerner, Andrew Goodman, James Chaney, Viola Liuzzo, Malcolm X, Martin Luther King Jr. and others were martyred on behalf of the Black vote nearly 60 years ago, the impact endures. For it was left to future African Americans and all decent Americans to consecrate past sacrifices, including those made by U.S Rep. Elijah Cummings of Baltimore, Md. who passed on October 17, 2019, and for Rep. John Lewis of Georgia who died on July 17, 2020. It is time now to prove that these dead have not died in vain by voting in this election. Third, the African American vote must vindicate the lives of everyday citizens who have perished in police custody this year. Therefore, the Black vote must rise to meet a new century’s great crisis in racial freedom, honor the sacred dead past and present, and assure African American survival into the nation’s future.

The outcome of the 2020 election may be decided in two cities, Milwaukee and Philadelphia. Trump won Wisconsin by a paltry margin, but thousands of Blacks in the decisive metropolis stayed home, resembling a pattern in the states of Florida, Michigan and Pennsylvania. Indeed, Milwaukee turned out 38,727 fewer voters for Hillary Clinton in 2016 than for Barack Obama in 2012. Though active voters declined by 14% then, the decrease was even greater in Black neighborhoods. Recalling Trump’s question to Blacks in 2016, “What do you have to lose?”–– Wisconsin State Senator LaToya Johnson has now responded, “literally everything…There is nothing left to lose.” The state Black vote had fallen by 19% (from 74% to 55%) when it was needed most, though the national decline was less severe at 4.5%. Meanwhile, the decrease in Hispanic and Asian voters was at nearly 6% while elsewhere in the country the number went up by about 2%. The new Republican ID laws certainly discouraged democratic turnout, including voters of color, as the underlying malevolence was quite designed to do. As many as 17,000 registered voters in Milwaukee and Dane counties may have declined to vote because of the requirements. Those who lacked the required identification could have petitioned for a useable receipt but did not know-how to do so. The Republican strategy of discouraging and preventing Black voters from going to the polls may have been decisive in Trump’s victory. We cannot let this happen again.

Philadelphia showed the same trend as Milwaukee. While the city of Brotherly Love was expected to favor Hillary Clinton, who won on more than 82% of the ballots, the results fell short of what she needed to win the state of Pennsylvania. In 2012 Obama had defeated Mitt Romney by nearly half a million votes; in 2016, Clinton won 35,000 fewer of them. The difference was largely proportionate to the racial density of neighborhoods. Turnout increased where Blacks were less than 40% of the population but decreased where they were more numerous. The Blacker the community, the lower the turnout. For democrats and Blacks, as the future has now confirmed, the four-year consequences were disastrous.

Today history demands African American redemption. In 1946, at age 21, Medgar Evers departed from the courthouse in Decatur, Mississippi without voting. Twenty armed whites, aware of his intentions, had learned of the veteran’s plans (he had served in the WWII) and had come to threaten him. Fearing for his life, he vowed to change things. Later, a field secretary for the NAACP, Evers became a symbol of African American resistance to the status quo. Then he was gunned down in front of his children in his driveway on June 12, 1963. At the age of 37, he died in a previously all-white hospital, after his family had pleaded for his admittance.

On Sunday, July 26, 2020, 57 years later, hundreds of mourners witnessed the funeral procession in which John Lewis’ horse-drawn casket crossed the Edmund Pettus Bridge, leading from Selma to Montgomery, Alabama. Except for a lapse of 155 years, the ceremony resembled that in which the coffin of Abraham Lincoln––greeted by thousands of mourners Philadelphia of 1865––made the way from Washington D.C. to his hometown in Springfield Illinois. In March 1965, Lewis had nearly died during a Civil Rights Movement demonstration for voting rights when a state trooper fractured his skull as his face turned from a potentially fatal blow. Of the fight to pass the Civil Rights Act of 1965, Lewis remembered 55 years later, “The vote is precious. It is the most powerful non-violent tool we have in a democratic society, and we must use it.”

Donald J. Trump may not personally have killed Ahmaud Arbery, who was slain by white vigilantes on February 23, 2020 in Glynn County Georgia; Breonna Taylor, a medical technician gunned down in Louisville, Kentucky while sleeping in her home on March 13 of the year; and the now legendary George Floyd, murdered as police officer Derek Chauvin kneeled on Floyd’s neck for more than eight minutes on May 25. And yet, a notoriously disturbed president continues to inflame the hatred that caused these deaths. Meanwhile, liberal idealists will want to dismiss a serious question as paranoid: are African Americans so sure that Donald Trump, having centralized, as he is now seeking to do, absolute power over the Senate, the Department of Justice and the Supreme Court, would not help direct a genocide against people of color?

The idea is not as unthinkable as decent Americans would like to believe. After all, Trump demanded the death penalty for the Central Park Five in New York even when DNA evidence had exonerated them. To him, Blackness is the irredeemable crime that must be purged. American citizens cannot be legally deported. What, if Trump, like Derek Chauvin, could execute Blacks with impunity? If Trump congratulates African Americans this time around, the United States may well be remembered as a once-wonderful democracy that flamed out after 248 years. If Americans could vote only once in their lifetimes, this should be the moment. Every eligible American citizen must vote as if all Black lives and indeed the democracy itself, depend on the outcome. In fact, they really do.

R. Baxter Miller is professor of English at the University of Georgia’s Institute for African American Studies.