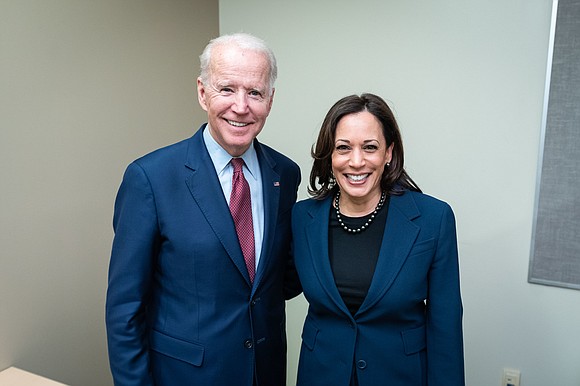 No doubt you have heard that this presidential election is the most consequential since the Civil War era, and that, dear readers, is not fake news. Like the 1860s when Abraham Lincoln was struggling to hold the union together, today we are once again met with a similar dilemma, and as then, a nation divided cannot stand. Our answer to this pressing fissure is Joe Biden and Kamala Harris. These two standard bearers of the Democratic Party represent a potent defense against an adversary who is determined, seemingly at any cost, to destroy every vestige of our democratic process. We can stop this abrogation of our rights and well-being by electing Biden and Harris; they symbolize the hope we have in keeping a racist demagogue from further endangering our lives as he has so recklessly done for the past four years. We are inspired and emboldened by the Biden-Harris ticket that promises to bring a fresh normalcy of sanity and reason to the White House, thoroughly ridding it of the infestation. Yes, this election is critical, and the distinction between Biden and Trump has been made abundantly clear with every tweet—Biden possesses a sense of decency and competence, and Trump is bereft of sensitivity and devoid of a moral compass. Each week since Trump occupied the Oval Office we have found ample reasons to detest his authoritarian rule. We have consistently demanded that he be removed from office, almost to the point of exhaustion. Now it’s your turn to voice your disgust, put your democratic rights into action and elect Joe Biden to be the nation’s new leader. Answer our call and to Make America Great Again—Trump Must Go!