How is indoor dining? Let’s hear from the owners 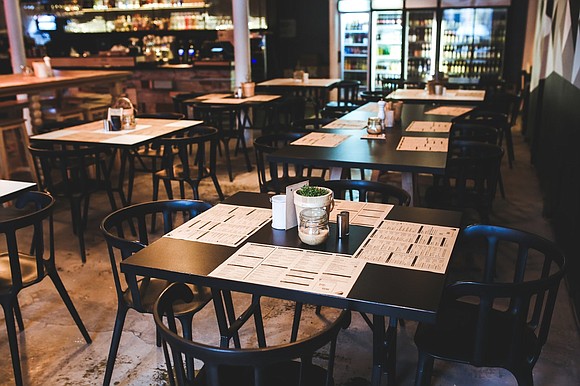 After prohibiting New Yorkers from eating in restaurants on March 16, Governor Cuomo released a report on Sept. 9 to introduce his initiative to reopen restaurants. The report stated that indoor dining in New York City would begin at 25 percent capacity on Sept. 30.

With this Phase 1 initiative, Cuomo mandated that restaurants post their indoor dining capacity and phone numbers to report violations. Bar service will not be permitted and restaurants will close at midnight, in an attempt to maintain the low positivity rate in the state.

The New York Amsterdam News wanted to hear the perspectives of Black restaurant owners on their first reactions to the pandemic, how it helped them transition their business model, and if they believe 25 percent is enough to sustain their bottom line.

Harlem Hops’s tagline is that it is Manhattan’s first 100% Black-owned beer bar. Kim Harris, who serves as one of the three owners, told the New York Amsterdam News that Harlem Hops transitioned into a beer store. Regular customers ordered draft beers offered in cans, which kept them afloat.

With the 25% indoor dining policy, Harris would only allow eight people inside, while using outdoor space to accommodate for 20 additional customers.

Since people were not going to the bar, their food sales decreased and they had to cut their staff’s hours. Harris still remembers traveling for her other business at the time when the pandemic first started.

“There is no way to be prepared,” Harris said. “This has not happened in most of our histories. The instinct was to prioritize our staff. We emphasized that safety is key.”

Tiffany Bowen, owner of the restaurant Harlem Hookah, experienced a level of sadness from seeing businesses close down as a result of the pandemic.

"It's really unfortunate as a business owner," Bowen said. " I have friends who are owners. Everyone puts their life savings, blood, sweat, and tears into it."

Bowen’s restaurant provides appetizers to complement its authentic hookah from Africa. According to her website, she can allow up to eighteen guests indoors.

Even though Bowen believes that the policy is going in the right decision, she thinks that the city should be on par with the state. The state currently offers indoor dining at 5o percent capacity.

From her view, officials such as Mayor Bill de Blasio and Governor Cuomo failed to provide support to restaurant owners when they needed it most.

"It's disgraceful the lack of help that the city and state provided," Bowen said. "There has been no concession with rent. You have to negotiate with your landlord, and in some places, you have to pay $20,000- $30,000 a month for rent. It shows how much they value the small business owner."

Given the 25% indoor dining policy, he can only allow 4 ½ people into his restaurant, which is the smallest seating capacity compared to the other three businesses. He believes that this policy prioritizes those who have larger spaces to accommodate more customers, while his original restaurant idea catered to provide an intimate dining experience.

Jackson was confused about when his restaurant would open up for indoor dining, because of the different timelines that Cuomo or de Blasio had. When it comes to the miscommunication between the elected officials, he makes an analogy to a popular board game.

“It’s a game of Jenga and you don’t know which block to pull to that won’t break the house down,” Jackson said. “They are playing with our livelihoods. My life savings and everything I own is in this business.”

While Bowen and Jackson disagreed with the lack of transparency from elected officials, owner and executive chef Donna Louis applauded the state for the measures they made so far.

"I think New York is heading in the right direction," Louis said. "Politicians are looking at the data that's been made available to them and made educated guesses. I trust that they have the information."

Since Louis already partnered with delivery food services, Home Sweet Harlem’s transition to takeout was smoother than expected. One of the major issues she faced while owning her restaurant was that she did not have enough time off for herself.

"In the last seven months, I've had five days off," Louis said. "I was unable to bring in additional staff to help with the increased volume because I was uncertain of their health habits."

Instead, Louis maintains that she and her staff worked long hours not only to operate the business but to keep each other safe.

Jackson asserts why owners start their businesses and the reason they choose to continue serving their customers during the pandemic.

“We’re in this business not to get rich, it’s what we choose to do to take care of people,” Jackson said. “ It’s the immense amount of love and respect from our customers that fuel us every single day.”