Chadwick Boseman: Leaving a legacy and more hope than he could have imagined 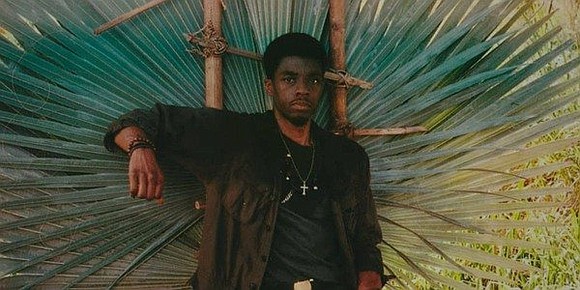 Rest in power. These three words shot across the world when news of the death of actor Chadwick Boseman, at the age of 43 from colon cancer, was shared. As if 2020 hasn’t knocked the stuffing out of the world already. Now, this. The loss of a king.

And by “king,” I’m not just highlighting his riveting and now-iconic performance as T’Challa a.k.a. the Black Panther. No. I’m calling Mr. Boseman king using the definition, “a person or thing regarded as the finest or most important in its sphere or group.” Chadwick Boseman is a king; long live the king.

This is a man with such strength and purpose that he worked for four years after being diagnosed with stage three, then stage four cancer. Even facing death, he didn’t stop, and there lies a lesson for us all.

Boseman’s respect for the craft of acting was amplified during his studies at Howard University and the British American Drama Academy. He struggled like many actors of a darker hue, landing his first leading studio role at the age of 36 when he starred as Jackie Robinson in the biopic “42.”

I recall film producer Thomas Tull, who founded Legendary Entertainment, sharing with me his excitement about a then virtually unknown Boseman, complimenting me on my review of the film. The manner in which Tull spoke, calling Boseman one of the “greatest actors of any generation” never left my mind. And Tull was correct in his assessment.

But what was it, really, that made Boseman stand apart? Here’s what I think, that like the great Sidney Poitier and Denzel Washington, young Boseman was a Black man who knew his inherent worth.

In a short span of time (seven and a half years), Boseman breathed life into other Black giants. In 2014, he tore it up as the godfather of soul, James Brown, in “Get on Up.” He followed that up by playing Thurgood Marshall, the first Black Supreme Court justice and the lead lawyer in the seminal Brown v. Board of Education case in the courtroom drama “Marshall.”

What followed was Boseman’s largest role: the portrayal of Marvel’s “Black Panther,” the first Black superhero in the history of American comics. He made four appearances in the Marvel cinematic universe bringing an unflinching dignity to the character of King T’Challa.

Marvel’s “Black Panther,” directed by the great Ryan Coogler, sported an all-star cast and crew, and the film grossed $1.35 billion, the 13th highest total ever. It was the first time that a major studio had invested significant resources in such an expansive and uncompromisingly Black work.

For the African and African American communities, Boseman was a real Black man. Our king.

In Boseman’s last role before he crossed over, in Spike Lee’s Vietnam war epic “Da 5 Bloods,” he played Stormin’ Norman, the leader of a group of five Black soldiers who ends up dying during the war. As Norman, Boseman’s character lives in the memories of those still alive and is only seen in flashbacks, offering otherworldly wisdom.

In remembering her co-star, the brilliant, Tony-nominated Danai Gurira offered a beautiful statement via her official Twitter account (https://bit.ly/3lxkWgJ), asking, “How do you honor a king?”

Rest in power. Rest in peace.