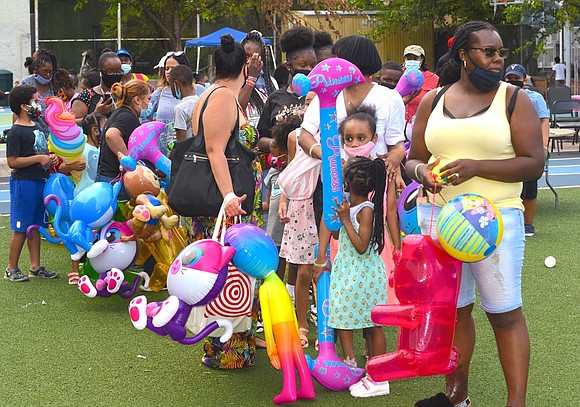 Students, parents and teachers have more time to prepare for the 2020-21 school year.

On Tuesday, New York City Mayor Bill de Blasio and Schools Chancellor Richard Carranza announced an agreement with the United Federation of Teachers (UFT) that they would push back the date for in-person learning from Sept. 10 to Sept. 21. Teachers will still report to their schools on Sept. 8 as promised, but will now have two weeks to prepare for in-person and remote learning.

In the next several weeks, the city will make sure school nurses are assigned to every building and that there will be multiple ventilation checks and the proper amount of cleaning supplies and personal protective equipment (PPE).

Joined by UFT President Michael Mulgrew and Council of School Supervisors and Administrators (CSA) President Mark Cannizzaro, the mayor said he was happy to reach a temporary agreement, but nothing beats children going to classes and facing teachers directly.

As part of the agreement, there will be random monthly COVID-19 testing of faculty, staff and students. Parents would also be subjected to in-person testing. Based on the size of the school, 10 to 20% of the population could be tested at random. The city won’t reopen schools if the citywide infection rate exceeds 3%. The currently citywide infection rate is 1.3%. Faculty, staff and students will be given prioritized access to testing at all 34 testing sites in the five boroughs.

However, there isn’t any mandate for testing before school reopens, and the parties involved didn’t answer if the delay would cause students to make up days.

Members of the UFT were on the brink of voting to authorize a strike. Mulgrew wanted the city to use the union’s 50-item safety checklist (including policies for cafeteria, auditoriums, gyms and schoolyards) to make schools as safe as possible.

“New York City will now have the most aggressive policies and the strongest safeguards of any school system in the nation,” said Mulgrew.

Carranza acknowledged that the process for opening schools this year is complex. However, he believes that faculty and students will be out of the woods soon.

“So many things about this year will be new, but the fundamentals remain the same: the majority of our students plan to return to buildings, students will learn best in person with a caring teacher as often as possible, and we will lead with health and safety every step of the way,” stated Carranza.

But all of the good news hasn’t persuaded New York City Public Advocate Jumaane Williams to get on board. He believes that delaying reopening schools for two more weeks is the equivalent of rearranging pieces on a chessboard.

“Reopening strategies need to be deliberate and methodical, guided by science and framed in equity to minimize risk,” said Williams in a statement. “I’ve implored the administration to delay the reopening of school buildings in service of that goal, but I am deeply concerned that eleven days is not nearly enough to meet the monumental task before the city, and that the administration will fall victim to the same logistical failures and logical fallacies as it did previously, just with a new date.”