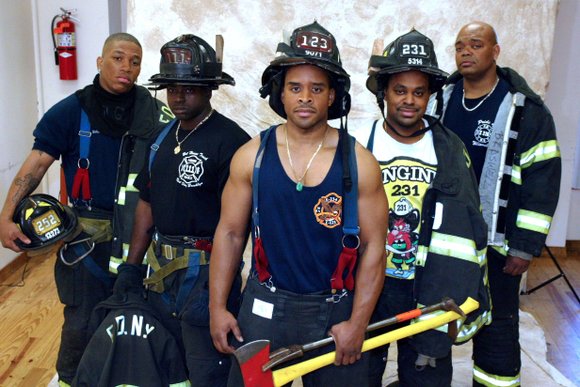 Editor's note: This article was originally published in 2015

9/11 was hard on all New Yorkers. For those who lost family members and friends, it was devastating.

As an agency of New York City, FDNY was devastated. We lost 343 good men that day. Brave men. I knew dozens of them personally. I miss them all. However, we also know that racism is not only a permanent fixture of this country but also that it doesn’t often take a break. Therefore, it was no surprise when the 12 Black firefighters who died that day didn’t seem to get the same recognition as the white firefighters who also gave their lives. They were not featured in the mainstream media in proportion to the numbers of them who died.

An early, blatant example of how Black lives didn’t matter in this tragedy was kicked off by, no surprise, then Mayor Rudy Giuliani. On the highly anticipated post-9/11 episode of “Saturday Night Live,” the show opened with Giuliani appearing on the famous stage surrounded by more than two dozen first responders (mostly New York City firefighters) in uniform. Not one was Black. A Black, Brown, yellow, red or female face was nowhere to be found.

Giuliani spoke about how these were New York’s real heroes. It was a powerful message for the world to see, yet there were no Black faces for the world to see either. Diversity in the agencies being represented was obviously important to those responsible for that part of the show because police, fire, EMS, etc., were all present. With that much attention given to one form of diversity, are we supposed to believe that the lack of racial diversity was just accidental?

On more than one occasion, Martin Luther King said, “The vast majority of white Americans are racist, either consciously or unconsciously.” He was right then, and today, 47 years after his murder, his words are still accurate. At best, the racism displayed on the stage of “Saturday Night Live” was the unconscious type, but does it really matter? The end result is the same: Black sacrifice and suffering not being given the same importance as the suffering and sacrifice of whites. It’s been that way for 400 years, and it’s not about to change.

What can also never change is that we must always be there for each other when the larger community choses to ignore or downplay our plight. The Black community was there for the Vulcan Society (the organization of New York City’s Black firefighters) after 9/11. The outpouring of support we received from our people was inspiring and uplifting. In the end, that was more than enough.

Capt. Paul Washington is a former president of the Vulcan Society.