Fare hikes, service cuts on horizon for MTA unless federal funding comes through 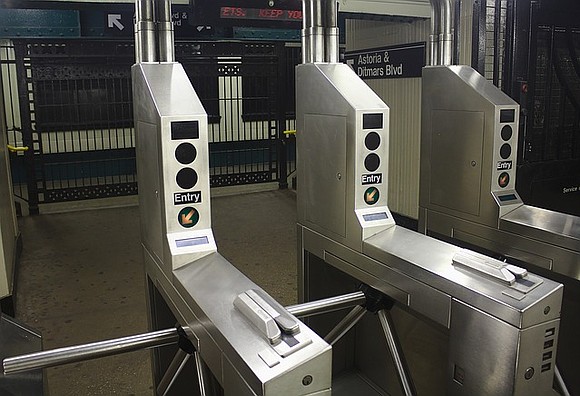 The cash-strapped MTA says riders could suffer if the federal government doesn’t come through with funding to save the agency. The result: a fare increase and cuts in service.

The MTA reports that the COVID-19 pandemic leading to a major decrease in ridership has left them in financial trouble. Plans are already underway to cut service by 40%, laying off employees and hikes to fares and tolls.

MTA Chairman and CEO Patrick J. Foye says public transit needs $12 billion to avoid what he recently calls “a five-alarm fire” the subway system is facing. The MTA received $3.9 billion in March as part of the CARES funding, however that money has been exhausted.

“The MTA simply cannot wait any longer for relief from Washington,” said Foye. “New York’s economic future and the country’s, relies on a strong MTA powering progress. If the Senate fails to step up and deliver $12 billion, it would be a devastating blow to mass transit as we know it. We need action now, and the more we can amplify this message, the better.”

Last week, the MTA launched new digital ads as part of the #SaveTransit campaign highlighting the agency’s urgent need for federal funding. The new #SaveTransit ads, which were created entirely in-house by MTA employees, are being distributed widely across social media channels and also include video content and in-system messaging on digital screens and on buses throughout the system.

The agency says it’s facing the worst financial crisis in its history and subways, buses, Long Island Rail Road and Metro-North ridership is experiencing greater declines than in the aftermath of the Great Depression. At the height of the COVID-19 pandemic, ridership for the MTA was down 95% compared to normal. Currently, ridership is down 75% as more people head back to work and more businesses and activities open back up.

“We have a $51.5 billion capital plan, will change the entire system. We have put it on pause, we’re not spending that,” Foye said. “That means that re-signaling subway projects, ADA projects, new subway cars, electric buses, etcetera, are not being purchased. We’ve taken in 2021, we will have taken $1.3 billion of expense out of the MTA.”

Jaqi Cohen, campaign director of the Straphangers Campaign, says if the MTA doesn’t get the billions it needs, the fare increases and cuts to service could be devastating to communities of color.

“A large number of essential workers in New York City are people of color and they depend on transit to continue to get to work every day,” Cohen said during a recent radio interview. “Many communities of color have been pushed to areas of the city that are farther out and require longer commutes.”

As the MTA pleads its case for more federal funding, front-door boarding and fare collection on city buses resumed Monday, Aug. 31. During the onset of the COVID-19 pandemic, the MTA implemented rear-door boarding on March 23 to protect frontline employees from the spread of the virus. Reports indicate that over 130 MTA workers have died from coronavirus.

To reduce the spread of COVID-19 infections among bus drivers, 40% of space on the front of buses was cut off to customers. New barriers, including polycarbonate sliders and vinyl curtains, are being installed to protect bus operators and allow more distance between operators and customers.