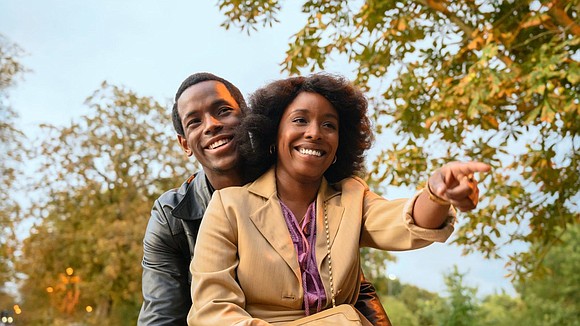 There is a saying in the entertainment industry that highlights the resilience of the artist. That saying is—“the show must go on”—and for the 58th New York Film Festival, that’s exactly what’s going to happen from Sept. 17-Oct. 11.

The opening night film is “Lovers Rock” by Academy Award-winning director Steve McQueen. Two other films from McQueen’s Small Axe anthology—“Mangrove” and “Red, White and Blue”—also screen in the Main Slate. The Centerpiece film is “Nomadland” by director Chloé Zhao and the closing night film is “French Exit” by director Azazel Jacobs.

“The disorientation and uncertainty of this tough year had the effect of returning us to core principles,” said Dennis Lim, director of Programming for NYFF. “To put it simply, the Main Slate is our collective response to one central question: which films matter to us right now? Movies are neither made nor experienced in a vacuum, and while the works in our program predate the current moment of crisis, it’s striking to me just how many of them resonate with our unsettled present or represent a means of transcending it. It has been a joy and a privilege to work with a brilliant, tireless programming team—the newly composed selection committee and our new team of advisors—and we are truly excited for audiences to discover and discuss these films.”

NYFF58 will begin one week earlier than usual in order to expand access to the festival via drive-in screenings. Opening Night is Sept. 17, the Centerpiece screening is Sept. 26, and the Closing Night selection will screen Oct. 10.

Here are some highlights for NYFF58.

This opening night film is a movie of tactile sensuality and levitating joy. “Lovers Rock” finds the always daring Steve McQueen (“Hunger,” “12 Years a Slave”) in an ecstatic yet no less formally bold mode. Produced as part of McQueen’s ambitious, multifaceted Small Axe, an anthology of decades-spanning films that alights on various lives in London’s West Indian community, the intoxicating, 1980-set “Lovers Rock” takes place largely over one night at a house party. While McQueen and co-screenwriter Courttia Newland have constructed their ethereal narrative around the growing attraction between Martha (newcomer Amarah-Jae St. Aubyn) and a brooding stranger (Micheal Ward), the film is equally about the rapture of music, specifically the reggae genre of the title—typified in the film’s swooning centerpiece set to Janet Kay’s euphoric 1979 single “Silly Games”—and the thrill and liberation of bodies in motion, miraculously photographed by Shabier Kirchner. An Amazon Studios release.

In the late ’60s, Frank Crichlow, the Trinidad-born owner of a café in Notting Hill, London, increasingly found himself and his establishment the targets of white police intimidation and brutality. A meeting place for the local West Indian community as well as the area's Black activists and intellectuals, the Mangrove restaurant was raided numerous times without any evidence of illegal activity; finally, the fed-up community took to the streets in protest, resulting in the arrests and violent treatment of several demonstrators. An epic piece of Steve McQueen’s Small Axe anthology, this vivid and gripping dramatization of these events and the resulting landmark 1970 trial of the defendants—who came to be known as the Mangrove Nine, and some of whom acted as their own counsel—is a stinging indictment of a system rotted by racism and a powerful portrait of resistance, passionately performed by a remarkable cast led by Shaun Parkes as Crichlow, Letitia Wright as Altheia Jones-LaCointe, and Malachi Kirby as Darcus Howe. An Amazon Studios release.

John Boyega plays real-life figure Leroy Logan, a member of the London Metropolitan Police Force who both witnessed and experienced firsthand the organization’s fundamental racism. Set in the ’80s, McQueen’s film captures Logan’s growing awareness of a system that he would one day try to dismantle from the inside, while also centering on his relationship with his father, a victim of white police brutality who initially refuses to accept his son’s decision to enter law enforcement. An entry in McQueen’s Small Axe anthology, charting various lives over the course of three decades in the city’s West Indian community, “Red, White and Blue” is richly evocative and politically charged, with an impassioned yet nuanced performance from Boyega. An Amazon Studios release.

Indian filmmaker Chaitanya Tamhane became a sensation after the runaway international success of his 2014 feature debut “Court.” His much-anticipated follow-up, “The Disciple,” is a finely crafted labor of love set in the world of Indian traditional music. Hindustani classical singer—and remarkable first-time actor—Aditya Modak stars as Sharad, a man living in Mumbai who makes it his life’s goal to follow in the footsteps of his father and become a practitioner of the centuries-old Khayal music tradition. As the years wear on, Sharad grows increasingly disillusioned as he strives for divine purity in a world tipping over into bland commercialization. “The Disciple” is a refined yet uncompromising portrait of a young artist’s journey, his dreams, and his loneliness, featuring some extraordinary musical performances.

Among the most emotionally resonant and innovatively conceived cinematic love stories in years, “I Carry You With Me” (“Te llevo conmigo”) charts the burgeoning romance between Iván (Armando Espitia), a semi-closeted young father and restaurant worker, and Gerardo (Christian Vázquez), a high school teacher who has come to terms more fully with his sexuality. When Iván makes the decision to leave Mexico and find new life and work opportunities across the U.S. border, the two men must make difficult decisions about their future. In her narrative feature debut, Heidi Ewing (Oscar-nominated for “Jesus Camp”) unexpectedly and brilliantly incorporates documentary elements into a beguiling, humane tale in which everyday struggle is inextricable from transcendent romance. A Sony Pictures Classics release.

Dr. Martin Luther King Jr. is remembered today as an American hero: a bridge-builder, a shrewd political tactician, and a moral leader. Yet throughout his history-altering political career, he was often treated by U.S. intelligence and law enforcement agencies like an enemy of the state. In this virtuosic documentary, veteran editor and director Sam Pollard (“Two Trains Runnin’,” NYFF54) lays out a detailed account of the FBI surveillance that dogged King’s activism throughout the ’50s and ’60s, fueled by the racist and red-baiting paranoia of J. Edgar Hoover. In crafting a rich archival tapestry, featuring some revelatory restored footage of King, Pollard urges us to remember that true American progress is always hard-won.

“Night of the Kings” by Philippe Lacôte, 2020, France/Ivory Coast/Canada/Senegal, 93m

At the Maca correctional facility in the Ivorian capital of Abidjan, the inmates run the prison, a place all but ruled by superstitions. Tonight, upon the rising of a red moon, a newly arrived prisoner (Koné Bakary), jailed for pickpocketing, has been selected by the autocratic Lord Black Beard to assume the position of “Roman” (storyteller): he must keep his fellow inmates entertained with wild tales or risk his own life. As this Scheherazade-like scenario unfolds, he tells the story of Zama, his childhood friend who became a legendary crime boss. Paying homage to the tradition of the griot in West African culture, “Night of the Kings” is a work of Shakespearean fabulism and gripping, energetic cinema, an altogether original vision from breakout Ivory Coast filmmaker Philippe Lacôte.