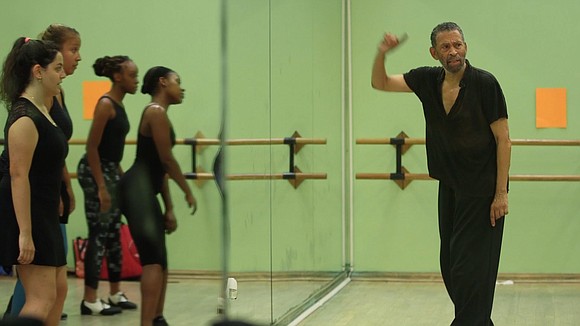 The documentary “Maurice Hines: Bring Them Back” is a stirring look at legendary Harlem-born dancer of stage and screen Maurice Hines. Along with his also-famous brother Gregory, Hines began working as a youngster, tap dancing at the legendary Apollo Theater. In an interview he explained that he and Gregory’s good looks initially got them turned away from the iconic venue when they went to try and compete in Amateur Night. “They said no,” Hines recalls laughing. “They thought we were too cute and the audience would just vote for us because we were cute.”

The powers that be instead put them on in the regular Apollo lineup, where they caught the eye of R&B sensation Ruth Brown. “She liked us and she put us in her show,” Hines recalls.

“Maurice Hines: Bring Them Back” has been making the rounds on the film festival circuit for the past year, winning the Grand Jury award at 2019 DOC NYC and the Jury Award for Best Documentary at the 2020 American Black Film Festival Awards.

The documentary, which features the likes of Hines’ old friends Mercedes Ellington, Mel Johnson Jr., and Debbie Allen, who also produced it, is a celebration of tap dance and tap dancers. “Bring Them Back” contains plentiful archival footage of the Hines brothers in performance and of Hines with his own modern day mentees, the Manzari Brothers, who continue the tap tradition. There’s also dazzling footage of the incomparable Nicholas Brothers, as eruptive as they were sophisticated. Images and clips of corsucating performances by the stars from tap’s golden age, including Honi Coles, Charles Atkins, Bunny Briggs, Teddy Hale, and Baby Laurence, are also featured. The film also touches on his fractured relationship with his brother in adulthood.

“We idolized the Nicholas Brothers,” explains Hines gently. “They became our mentors and our friends. They were nurturing and didn’t feel threatened.” They confided to Hines that Fred Astaire, whose smooth and precise dance and sartorial styles closely resembled theirs, had baldly rejected performing with them. “Fayard told me they really wanted to dance with Fred Astaire but he wouldn’t dance with them.”

The Nicholas Brothers went on to perform with another highly regarded dancer. “Gene Kelly danced with them and of course they had to do the steps that he could do.” The Irish-American Kelly had a more athletic, muscular style of dancing, which was in bold contrast with theirs.

“Bring Them Back” follows the vibrant septuagenarian Hines as he travels through Harlem where he lives today. “What I love about Harlem,” he relates, “is that I always feel free there. I don’t live far from where Gregory and I were raised on 150th and Amsterdam. I go there, and I go to the Catholic church three blocks away we attended. It brings back great memories.”

He visits Harlem’s performing arts mecca The Apollo Theater, where he and Gregory essentially grew up. At one point, Hines explains how they sat through performance after performance each day, moving closer and closer to the footlights and the dancers whose virtuosic footwork seemed to capture time and space. “We learned from them and we wanted to be closer so we could see their feet,” Hines says.