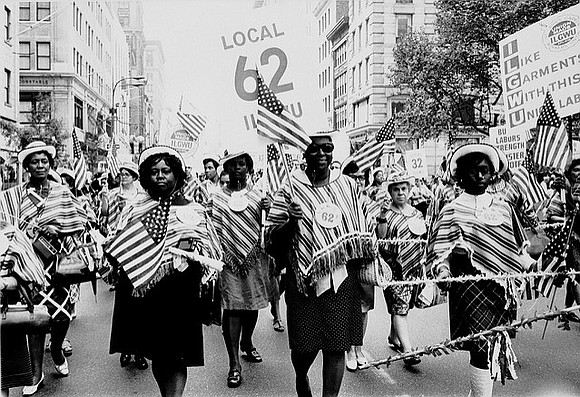 They’re dodging arrows in every direction, but labor unions celebrated themselves on Labor Day. Union leaders acknowledged the recent struggles with attacks from conservatives, but patted themselves on the back for fighting back.

AFL-CIO President Richard Trumka said that despite these attacks, Labor Day itself was something to praise and pay homage to.

“This is a moment to celebrate unionism with our families, co-workers and friends,” said Trumka in a statement sent to the AmNews. “On this Labor Day, union members are heroically and resiliently confronting America’s three crises: a pandemic that is growing worse by the day, economic pain with no end in sight and the cancer of systemic racism. But the AFL-CIO is and will always be a beacon of solidarity. Nothing will interrupt our work or interfere with our promise to uplift the hopes and aspirations of working people.

“Together, we will continue to pursue our movement’s mission of social, racial and economic justice, especially as America enters the homestretch of this election,” continued Trumka.

Despite the tug-of-war between organizers and the current government, Communication Workers of America President Chris Shelton said that working families and small businesses being at the behest of President Donald Trump have put them in dire straits.

“While in office, he’s secured tax breaks for his billionaire buddies and for corporations that move jobs overseas and totally deserted working people,” said Shelton. “He’s put a union-busting lawyer in charge of the Labor Department, gutted workers’ rights, and now he wants to make sure companies can’t face any sort of legal consequences for exposing their workers to COVID-19.

“Trump has absolutely no moral compass, no compassion for people who are struggling, and no interest in actually rolling up his sleeves to solve the problems our nation is facing,” continued Shelton. “While millions of underpaid frontline workers are pleading with him to take basic actions to save their jobs and save their lives, Trump is picking fights with his critics on Twitter and fanning the flames of hatred and division in our country.

On top of that, unions representing frontline employees are fending off layoffs and lax safety conditions in the time of COVID-19. But nevertheless, 1199SEIU President George Gresham praised his constituents for managing to prosper during hard times.

“We are still battling this pandemic. Some workers still don’t have the PPE they need to be safe, or the crisis pay they deserve for serving on the front lines of the worst healthcare crisis in recent history,” said Gresham. “What I know without a shadow of a doubt, though, is that each and every 1199er is a hero. Our members have consistently shown up, and selflessly given so much of themselves to care for those who are unable to care for themselves.”