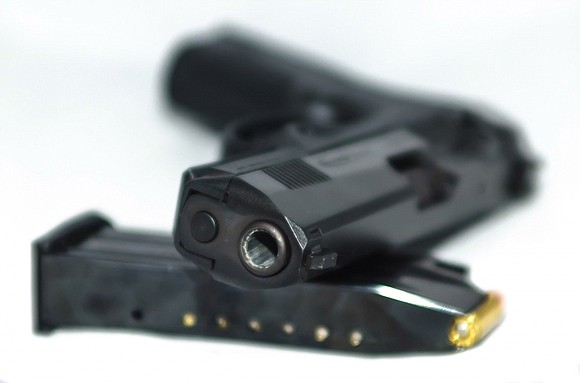 As the summer winds down the violence is still simmering. The recent Labor Day holiday weekend was no exception with several shootings, including one that left a child injured.

The hot spot this weekend was Brooklyn where a shooting early Monday morning, Sept. 7, left a 6-year-old boy injured after being shot in both legs. The shooting happened in Crown Heights near Nostrand Avenue and Crown Street.

The boy is currently at Kings County Hospital recovering from a bullet that went through both of his legs shattering his bones. He’s expected to survive.

Three other people, including the boy’s mother, were also shot during the incident. All were taken to the hospital with non-life-threatening injuries.

Police say two men started shooting into a crowd in front of a home. A 15-year-old suspect, a gang member, was taken into custody and charged with attempted murder, five counts of assault and criminal possession of a weapon.

A 21-year-old man identified as Kervins Noel was also taken into custody on weapons possession charges.

In addition to the Brooklyn shooting, 10 people in total were shot across the city Monday and eight were shot Sunday. One of the victims includes a 25-year-old man who was fatally shot in his car in College Park, Queens. Police are looking for three suspects in that shooting.

In separate shootings in Brooklyn and Queens on Tuesday, one person was killed and five people were injured. In one incident three people were shot in the courtyard of a Far Rockaway, Queens building that left a 19-year-old man and 21-year-old woman injured. A 20-year-old man was pronounced dead at the hospital. The suspect reportedly shot into a crowd.

At a news conference in Brooklyn on Tuesday, Public Advocate Jumaane Williams and Brooklyn Borough President Eric Adams were joined by Cure Violence advocates and other elected officials to address community-driven efforts to prevent violence.

“We had a productive weekend in that co-production of safety,” Williams said. “What you saw in the areas where folks were walking around, there was much less gun violence than in most summer weekends, much less a holiday weekend. We need folks to fully understand what this co-production is, and we need the resources to fund it.”

Reports indicate the unofficial end of summer was capped off by a large number of gun arrests. Last week, police arrested 160 people on gun charges––the most in 25 years.

The NYPD did not return requests for a statement from Commissioner Dermot Shea on the high number of gun arrests and the violence. During a recent radio interview, Shea blamed what he says is an imbalance in the criminal justice system on the issues. He also played down accusations about a police slowdown.

“So that should put to bed… any talk of what cops are doing out there. Cops are putting themselves on the line every day, as they have been,” he said. “The problem is there’s too many guns out there and there’s not enough consequences, and once we get our heads wrapped around that, I think we’ll be in a better place.”

Others, including retired cop Brooklyn Borough President Adams have continued to slam what he touted as a police slowdown in response to the police brutality protests.

In an effort to get more guns off the street, the NYPD is holding a “Cash for Guns” event on Sept. 12 at St. Paul Baptist Church Family Life Center (858 Hendrix Street, Brooklyn) from 10 a.m. to 4 p.m. Guns can be dropped off, no questions asked, in exchange for prepaid cards valued as much as $200 for handguns and assault rifles.

Mayor Bill de Blasio addressed the violence during his Tuesday press briefing. He praised community organizations including the God Squad, Cure Violence and the Crisis Management System for their work in keeping streets safe. He also blamed the violence on a combination of several issues.

“When I say perfect storm, I don’t use the phrase lightly. It’s been a health care crisis, an employment crisis, schools shut down the very fabric of our society just torn apart by this horrible disease,” de Blasio said. “We’re now pulling the pieces back together. So it’s not surprising that there’s some comeback that’s needed, but clearly what’s happened to the NYPD is more and more gun arrests, more and more of the right moves to address violence and that will continue.”

“The shooting violence has sadly become more predictable,” retired detective Marquez Claxton told the Amsterdam News. “It also shows that there is no ‘code of the streets.’ We can’t afford to romanticize or excuse this level of depravity. These shootings are not targeted personal beefs, but more often they appear to be public demonstrations of dominance. The shooters know that the streets don’t regulate them and the police are standing down. Until there is full accountability for this violent and abhorrent behavior, no one can assume that there is safety in numbers in large groups like J’Ouvert or cookouts or street parties.”