COMMENTARY: 'Trump the Biggest Threat to Our Democracy Since Civil War' 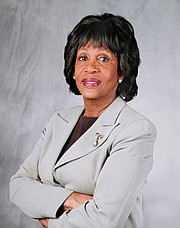 The shocking revelations from the last few days that Trump disparaged the military and intentionally downplayed the threat of the coronavirus have confirmed what I have believed since this President assumed office. Donald Trump is a deplorable, morally repugnant, morally bankrupt, con man devoid of any character who has proven himself to be the greatest threat to our democracy since the Civil War. Never before has this country been led by a Commander in Chief, or any elected official, who has exhibited such disdain for public service, disparaged our military, undermined our freedoms, incited violence against his political opponents, and is so rotten to the core that he would demean war heroes who sacrificed their lives in defense of our country. This President tear gassed peaceful protestors.

This President deployed unidentified federal troops to cities run by Democratic leaders to squash free speech. This President called our fallen heroes losers and suckers – a smear he continued to levy against Senator John McCain long after his death.

This President isolated the United States from our Western allies while cozying up to dictators such as Kim Jong Un and Vladimir Putin. And just like the dictators and autocrats he admires around the world, he welcomes foreign interference in U.S. elections, held hostage military aid to Ukraine in exchange for damaging information on his political opponent, and is now trying to dismantle and gut the United States Postal Service so that he can sabotage vote by mail.

Donald Trump’s lies and hateful rhetoric are not only destructive to our democracy, they have cost the United States over 6 million coronavirus infections and nearly 200,000 coronavirus deaths. No one should be in the least surprised that Donald Trump would boast to the Washington Post’s Bob Woodward that he downplayed the threat of the coronavirus when he knew that it was a very deadly pandemic.

Despite how hazardous his experts told him the coronavirus would be to our public health, Donald Trump mocked people who wore facial coverings, bullied local governments and businesses into reopening early, recommended untested drugs and disinfectants as treatments, and he continues to hold public events in blatant disregard of the guidance advanced by the Centers for Disease Control and Prevention.

The United States of America stands on the brink of collapse. I kept up the drumbeat for many years on why this President should have been impeached and was maligned by many who thought that someone like Donald Trump would suddenly become presidential. Impeachment was too late and the Senate failed to remove this disastrous president from office.

One has to wonder, in their isolation and in the confines of their homes, do the Senators who voted against removing Donald Trump from office ever consider how many lives could have been saved if they had done what was right instead of what was politically convenient. While the American people, the last guardrail standing in the way of our country’s complete descent into dictatorship, will ultimately have the final say, the Senators and Members of the House who voted against impeachment will carry that mark in history for the rest of their lives. If the United States pulls past this latest test to our democracy, the American people must never let them forget.