David Oyelowo has directorial debut with ‘The Water Man’ 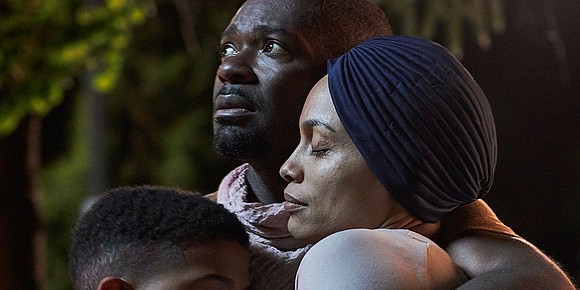 “Selma” star David Oyelowo (oh-YEL-ə-woh) steps behind the camera directing his first feature film “The Water Man,” which screened at TIFF. Tapping into his childhood to make an adventure fantasy film where young Black kids can see themselves on screen, the adventure fantasy is written by Emma Needell.

The story centers around a sensitive young boy (Lonnie Chavis) who tries to save his mother (Rosario Dawson) from terminal cancer. He does so by going in search of the town’s bogeyman, The Water Man, who is fabled to have conquered death. The film, which Oyelowo also produces and stars in, is executive produced by Oprah Winfrey.

Who did you make this film for, and why?

I made it for my 12-year-old self. I made it for those kids who don’t get to see themselves represented in this kind of story.

Well, I did know that I wanted to direct. I have had a blessed career in terms of working with some truly phenomenal directors and I have always thought that was going to be my film school. And when I was beautifully persuaded by Emma [Needell] to direct this I went to one of those great directors. I spoke with Ava DuVernay.

What was your vision for this film?

What really drew me to the film is the fact that it has such heart. I love the themes of self-sacrifice. It has a huge adventure component to it. But it’s also a film about navigating potential loss and discovering purpose. And whenever you find a film centered around kids that can have both adventure and meaning, I think that’s a pretty potent mix.

That was the most nerve-wracking thing, showing it to my kids. Thankfully, Daddy did OK. They love the film [and] they recognize themselves in the film.