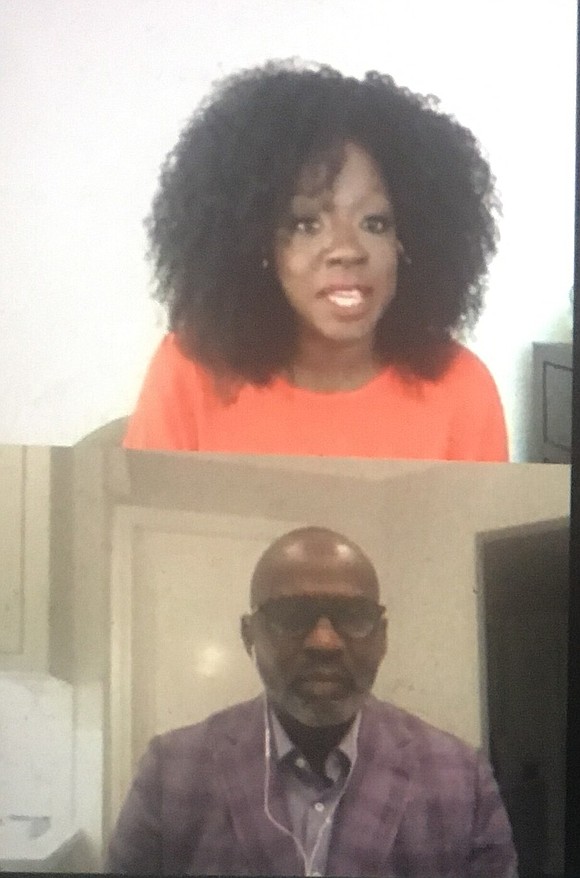 There is something very rewarding about covering the Toronto Film Festival (TIFF) from the safety of my Harem apartment. To begin the 2020 virtual TIFF festival, the creative team started the Master Class series with a bang with Viola Davis and Julius Tennon, in an hour-long conversation moderated by Nekesa Mumbi Moody, editorial director of The Hollywood Reporter, to discuss the formation of their production company—JuVee Productions—using as a blueprint Oprah Winfrey’s OWN and Tyler Perry Studios.

The time is now. Never has there been more opportunity in Hollywood and beyond with the shrinking of movie theater audiences stepping foot inside traditional theaters and the rise of the streaming giants.

Their hard work has paid off. JuVee Productions has a first-look production deal with Amazon for both film and TV. Good news for creative talent everywhere. Davis advised people from underrepresented communities who are inspired by her career to be the change they want to see. Tennon shared an important fact—nothing has been handed to JuVee Productions on a proverbial silver platter. No, they continue to fight even with the aforementioned first-look deal.

Here is what Oscar winner Viola Davis and husband Julius Tennon had to share about why they started their production company, JuVee Productions, during TIFF’s Master Class moderated by Nekesa Mumbi Moody.

On why they started JuVee Productions:

Originally we [JuVee Productions] started as a vehicle for my career because I was not getting the roles that I wanted. If we weren’t the change we wanted to see, then I was going to continue to have the same kind of roles available to me. After the [film] “The Help” it became very apparent, it became very obvious, that we had to find emerging artists and find that material.

On the struggle to deliver projects made by POC:

Where is the production company going in 2020 and beyond?

Along with film and television, we have immersive and interactive. We decided we wanted to be the voices for the voiceless, give [an] opportunity to those underserved and not having any opportunity to get work in the industry. We don’t want them to be a device, an image, just serving a white-centric narrative. We really want autonomy for people on the periphery of [the] narrative. That became its own sort of fight. We’re usually on the outskirts, serving the white character all the time.