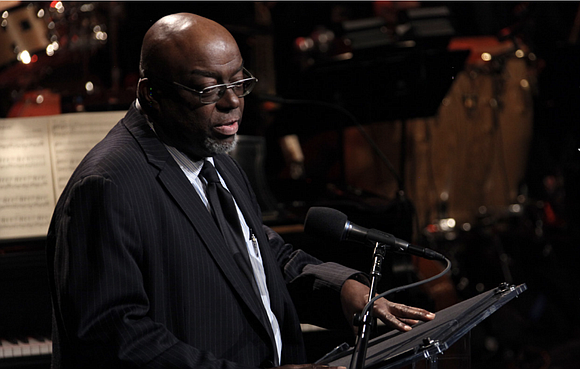 Stanley Crouch, the iconoclast whose critical words roared and screeched like a fast-moving subway coming out of a dark echoing tunnel, died Sept. 16 at the Calvary Hospital in New York. He was 74.

His wife, Gloria Nixon Crouch, said the cause was complications of a long, unspecified illness.

During his days at the Village Voice (1980-’88), my weekly compulsion was to read his column without fail. Crouch was an intellectual, who carried the tradition of his mentor/fellow writer Albert Murray and Ralph Ellison. All of whom are on the shoulders of Black Renaissance intellectuals W.E.B. Dubois, Alaine Locke and Langston Hughes. Now, that would have been a historic conversion worth hearing, two poets, and essayists, whose words drew controversy in different contexts but both remained true to their words.

The playwright, author, novelist and essayist once noted, “Writin’ is fightin’.” On occasion Crouch took that phrase to heart when he once slapped a reviewer for a negative review of his first novel, and was fired by The Village Voice after getting into a fistfight with a colleague. In 2003, he was dismissed by JazzTimes after publishing a column under the title “Putting the White Man in Charge,” in which he argued that white music critics were overly eager to promote jazz musicians of their own race, thus allowing themselves “to make themselves feel more comfortable about being in the role of evaluating an art from which they feel substantially alienated.” Those outbreaks were only a demonstration of Crouch’s innate passion for writing and his L.A. gangsta reflex to back-up his dissatisfaction with fist-a-cuffs. It was Crouch who once stated, “If you’re going to get in the ring and try to take the belt, you have to prep.” He was the passionate writer who inspired everyone to respond, so mission accomplished.

Like Muhammed Ali, his words, “Float like a butterfly, sting like a bee, rumble young man rumble.” There was one statement about Malcolm X that required Crouch to walk back as a columnist for the New York Daily News. While many publications especially the dailies consistently added gasoline to the ongoing debates between Crouch and Amiri Baraka (the two great minds of the last part of the 20th century) they made it into a hate relationship with name-calling and such. When in actuality the two brothers were basically in constant disagreement. Similar to playing the dozens with your friend; it was just a mind exercise. They could both quote European philosophers and debate African music; together they knew more about jazz than anyone on the planet. Upon my asking Baraka about Crouch, he simply responded with a smile, “Stanley will be Stanley.”

His first novel appeared in 2000, “Don’t the Moon Look Lonesome,” and he also wrote a biography on his favorite musician, “Kansas City Lightning: The Rise and Times of Charlie Parker” (2013). He had been working on a second Parker volume, but could not complete it because of his health.

He was awarded a MacArthur Foundation Genius Grant in 1993. He was a senior creative consultant for Ken Burns’ 10-part documentary series “Jazz,” broadcast in 2001, and was named a National Endowment for the Arts Jazz Master for jazz advocacy in 2019. He was a visiting professor at Columbia University and president of the Louis Armstrong Educational Foundation.

Stanley Lawrence Crouch was born Dec. 14, 1945 in Los Angeles, the son of James and Emma Bea (Ford) Crouch. He was raised by his mother, who told him about jazz and Kansas City. His avid reading led to his wealth of knowledge of the American literature classics. After graduating high school in 1963 in the midst of the civil rights/Black power movement, he attended junior colleges and became active in the civil rights movement, working for the Student Nonviolent Coordinating Committee. In 1968, he became poet-in-residence at Pitzer College, and taught theater and literature at Pomona College (one of his students George C. Wolfe became artistic director of the Public Theater in NYC) at the age of 22. His first published poetry collection was entitled “Ain’t No Ambulances for No Nigguhs Tonight” (1972).

While swinging on the edge as a jazz drummer and teaching at the Claremont Colleges he and David Murray formed the avant garde group Black Music Infinity with Arthur Blythe, James Newton and Mark Dresser. In 1975 after moving to New York City he shared a space with Murray and became part of the NYC underground loft jazz scene in the East Village. Living over the then popular Tin Palace club, he began booking avant garde acts. Eventually he turned in his drums to become a full-time writer.

“Stanley Crouch was a titanic and totemic figure from the last half a century of jazz criticism, jazz promotion and jazz scholarship,” said South African author, critic and essayist Bongani Madondo.

Crouch met trumpeter Wynton Marsalis when he was a teenage student at Juilliard School. It was there Crouch became his friend and mentor. When the concept surrounding a jazz institution at Lincoln Center began to sprout, it was Marsalis and Crouch as his artistic consultant who pushed the Black aesthetic and tradition of Duke Ellington and Louis Armstrong, playing a significant role in establishing the centerpiece of Jazz at Lincoln Center.


I became friends with Crouch while constantly seeing him in NYC jazz clubs; casual conversation led to exchanging contact information. Just emailing Crouch put me in a cloud. We became friends and I considered him a mentor. The way he talked, his mannerisms, his precise knowledge of the music and connecting it all together was outrageous. The way he ended each email with “Victory Is Assured” was the hippest. It wasn’t until this week while reading the pianist/composer Ethan Iverson’s obituary noting how Crouch signed every correspondence with his trademark “V.I.A.” that it dawned on me I was part of the circle. Those three words are very caring and thoughtful, “V.I.A.” forever. Stanley you left a lot for us to ponder as we groove on.

In addition to his wife and his daughter, Gaia Scott-Crouch, he is survived by a granddaughter.