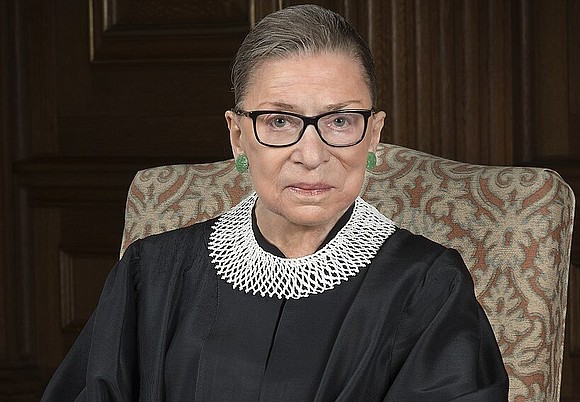 AFL-CIO President Richard Trumka called her a champion of democracy and the people.

“America has lost one of the greatest jurists in our nation’s history. Justice Ruth Bader Ginsburg spent her career defending the Constitution and the everyday working people who bring that document to life,” stated Trumka. “She was a consistent, unshakable champion of civil and women’s rights and the freedom to form a union. The AFL-CIO, the labor movement and all those who aspire for dignity on the job are better off because of Justice Ginsburg’s service.

“Her passing leaves a hole in our collective hearts and a vacancy on the highest court in the land, and you can rest assured that America’s unions will honor Justice Ginsburg’s memory as we fight for our democracy in the days and weeks to come,” concluded Trumka.

President Bill Clinton appointed Ginsburg to the U.S. Supreme Court in 1993. In her time, Ginsburg helped further the liberal agenda. She voted in favor of same-sex marriage, affirmative action, health care for all Americans, voting rights for marginalized communities and immigration––decent years served as the most senior member of the court’s liberal wing.

In a statement, AFSCME President Lee Saunders said the Ginsburg’s left a huge hole to fill in the highest court.

“America has lost one of its peerless giants in Justice Ruth Bader Ginsburg––someone who shattered glass ceilings and flung open doors of opportunity, a fierce warrior for justice who believed the law should be on the side of the people, not just the powerful,” said Saunders. “Her heroic leadership in the struggle for gender equality inspired millions of Americans and changed millions of lives.”

U.S. Senate Majority Leader Mitch McConnell waited only a few hours to say that he planned on nominating a judge, likely a conservative one, to fill Ginsburg’s spot. McConnell and President Donald Trump are looking to fill the spot as soon as possible with the presidential election coming in less than 40 days (November 3rd). Democrats believe that no one should be approved until after the election. According to U.S. Senator Lindsey Graham, the Republicans have the votes to confirm a Supreme Court pick before Election Day.

According to a recent CNBC/Change Research poll, in battleground states Arizona, Florida, Michigan, North Carolina, Pennsylvania and Wisconsin, only 43% of likely voters believe that the president should fill the court seat even if he loses the election. Fifty-two percent of likely voters said Trump should get to pick his nominee if he loses the election to Joe Biden.

This, said 32BJ SEIU (Service Employees International Union) President Kyle Bragg, is the reason progressives shouldn’t take too long focusing on Ginsburg’s death and instead focus on furthering her accomplishments.

“While the implications of this loss are felt around the world, there is no time to wallow in sadness,” stated Bragg. “As we talk to voters, we will remember Ruth’s tireless dedication, continuing to serve even as her body was ravaged with cancer. Ruth’s spirit will be with us on Election Day when we vote out a president whose bigotry and hatred stand in opposition to everything that Ruth spent her life fighting for.”