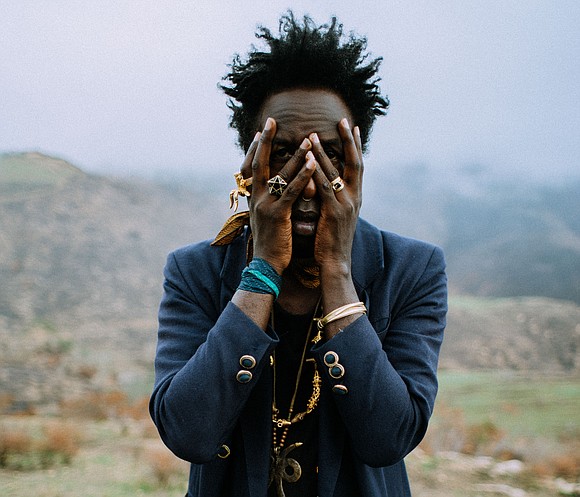 Actor, musician, poet and New York native Saul Williams is starring in a new film, “Akilla’s Escape.” The film follows a man who was groomed by his gang leader father to work and function in gang culture from a young age, to face and resolve much of the trauma he faced in his own life through saving and protecting a teen boy who was driven towards a similar path.

“Akilla’s Escape,” which was directed by filmmaker Charles Officer, premiered at the Toronto International Film Festival earlier this month. We had a chance to speak to Williams about his connection to the film’s material and his understanding of the pressures and cycles all men, particularly young Black men, face.

AmNews: Among many things, “Akilla’s Escape” also tackles the legalization of the growing and distribution of cannabis. Do you think, for a Black man, that it is disadvantageous to participate in the legalized cannabis trade?

Williams: There are so many people benefiting from the legalization of cannabis while there are so many of our people who are still imprisoned. If the system were set up to actually benefit us and our growth then we wouldn’t necessarily be looking to do things outside of the system. The fact that we look to do things outside of the system is because we can recognize injustice when we see it and are forced to reckon with that when we realize that the reality that we face is not the reality they have documented. It’s not really a question of legality or illegality when it comes to that fact that the system is unjust.

AmNews: Another interesting quote in the film is “God favors the adaptable, not the strong.” Can you speak about the adaptability of Akilla and how you connected with this character trait?

His relationship to patriarchy is something he realizes early on that he has to question and confront. And a lot of times the first place that we confront [patriarchy] is at home.

AmNews: In regards to patriarchy and Akilla’s relationship with crime and gang culture, do you think his story is the story of countless Black men around the world?

Williams: I would say that men in general are taught what manhood is in relationship to power, capitalism and violence—in toxic ways. Those things slowly embed themselves into our ambitions and desires. So, who we look up to and why we look up to them becomes a repetitive cycle, especially when it is unquestioned.

What is truly admirable about the billionaire you look up to? What do you appreciate about being heartless in business? Is that strength? So, there are questions that capitalism poses and questions that patriarchy imposes. There are questions that we would need to pose to ourselves if we are going to transform society. [By doing that], it may make us question our heroes. There is a self reckoning that must occur and a lot of walls that need to be broken through in order for us to allow peace to permeate society.

So, to answer your question, do Black men experience a form of Akilla’s experience? Yes, as all men are. And we have a lot of work to do on ourselves.

AmNews: A leader of one of the crime organizations, The Greeks, in the film said, “As long as there are dreams where that is poverty, there is little mercy,” but Akilla, on the other hand, is very merciful, compassionate and empathetic. Is his vulnerable nature fighting against how patriarchal society molds men to feel and behave?

Williams: The role and relationship between vulnerability and power is crucial to dismantling the prevailing idea of what power is. We are taught that power is muscle power and gun power, but the reality is that true power is way more complementary to the idea of vulnerability, and as long we continue to look at vulnerability as weakness, we are not capable of understanding what strength actually is.

AmNews: Along with starring in the film, you also worked on the film’s score. Did you work on the music before you shot the film or did you act in the film and create around and throughout scenes that inspired you?

Williams: Both. When Charles [Officer] first approached me with the script and the fact that he wanted me to work on the music, I kind of pushed the music to the back because as an actor, I felt I needed to focus on the character. But I was making playlists and working on sounds that I may have worked for the film. After we finished shooting I was really able to focus more so on the music side and apply some of the ideas that I’d been working on on my own or with Robert Del Naja, 3D from Massive Attack, and to also see what was missing and try to apply new ideas based on what I had experienced on set. It was a mixture of it all.