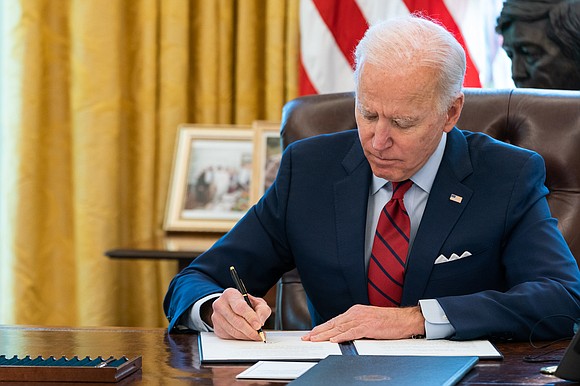 Having already secured a $1.9 trillion COVID-19 relief package, the Biden administration will soon propose an additional $2 trillion to repair the nation’s troubled infrastructure. With approval of this proposal, which with a favorable congress would fulfill a promise the Trump administration never took seriously.

While fixing the country’s roads, rails, bridges and airports are the main targets of the plan, it will also provide millions of jobs to an economy devastated by unemployment and the relentless pandemic. It’s an ambitious move that taken together is reminiscent of the historic changes that occurred during the 1930s and the Roosevelt era.

The action will also boost the fortunes of the labor unions that are in a state of decline, though it may get an additional push from the Amazon vote in Alabama. Biden had promised such a vision during his campaign and in his inaugural address with an aim toward equity, diversity, climate change, child care and overall health care in continuation of the Affordable Care Act.

We can expect that this goal will be enlarged on during his appearance in Pittsburgh on Thursday, and there is every indication that more will be said about taxing the rich and there is no better place to announce these innovative objects.

Bipartisanship has been at the core of Biden’s appeal to the American public but that remains only a dream, though with the vote of Vice President Harris as a tiebreaker the proposal should get through, much in the manner of the previous relief bill.

Part of Biden’s plan includes an initiative to expand the move away from gasoline-powered vehicles with nearly $175 billion earmarked for this effort, according to a fact sheet of Biden’s plan. Tax credits will be improved above the $7,500 now in place for those who purchase electric vehicles.

Expansion of the current broadband is a top item in the plan as well as improvement of the nation’s electric grid and this will include changes of new power line along roads and railways.

All of this is the first phase of Biden’s “Build Back Better” plan that was unveiled Wednesday in Pittsburgh, a massive investment blueprint that spreads over eight years. A central focus of the outline is to challenge China, and nothing would be more welcomed to Americans than an increase in jobs.

On this quest to modernize America, White House spokeswoman Jen Psaki said President Biden “views his role as laying out…a broad vision, a bold vision for how we can invest in America, American workers, our communities.”